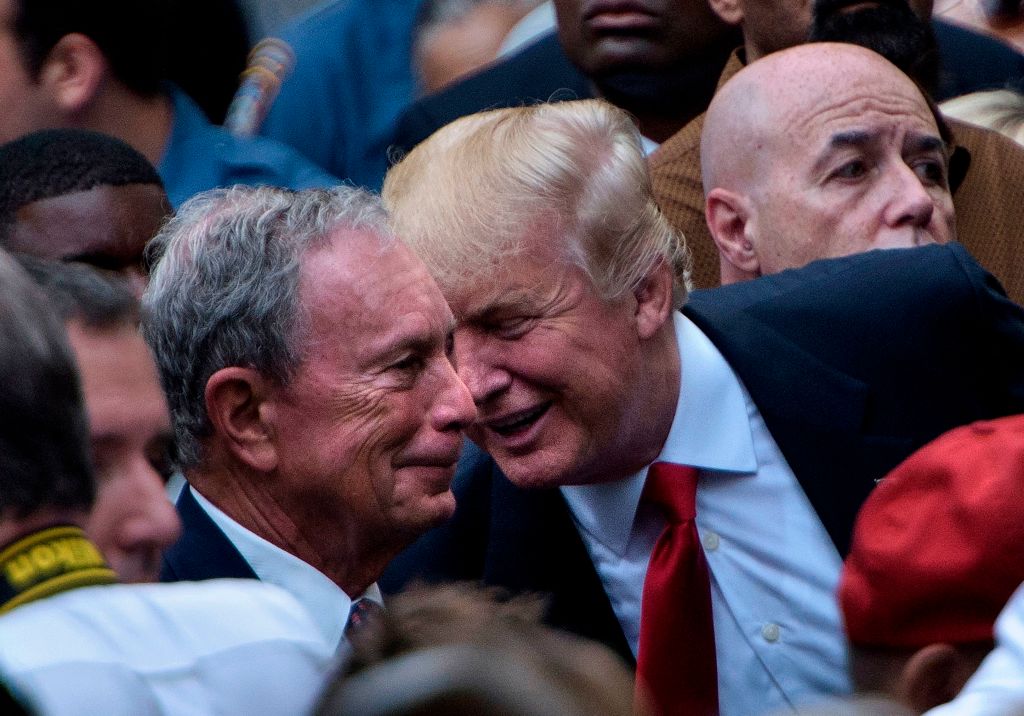 In an email with the subject header, “Bernie’s New Bro… Donald Trump,” Bloomberg’s campaign manager Kevin Sheekey wrote, “It’s a shameful turn of events to see Bernie Sanders and Donald Trump deploy the very same attacks and tactics against Mike, but the reason is clear.”

“At this point, the primary is Bernie’s to lose, and ours to win. Bernie knows this. Trump knows this. That’s why they are united in the campaign against Mike,” Sheekey claimed. “Mike is in this race to defeat Donald Trump, and he’s the Democratic candidate who can get this done. This campaign will not sit idly by and allow these false attacks to stand without response.”

The email then listed instances of Sanders’ campaign team calling Bloomberg “racist” and an “oligarch.”

Bloomberg himself was pals with Trump for many years, with the two even appearing on The Apprentice together.

“Bloomberg and Trump, both billionaires from New York, for years kept a cordial and even friendly relationship as they repeatedly ran into each other at charity events, parties and even one of former New York mayor Rudy Giuliani’s weddings,” reported the Guardian last month, noting that the pair repeatedly “swapped praise.”

Likewise, Bloomberg has said, “If there is anybody who has changed this city, it is Donald Trump.”

UPDATE: Sanders responded to the Bloomberg campaign by posting a photo of Trump and Bloomberg playing golf together.