MSNBC’s Joy Reid Causes a Stir With Her Latest Take: Conservatives ‘Would Trade all the Tax Cuts’ to ‘Say the N-Word’ 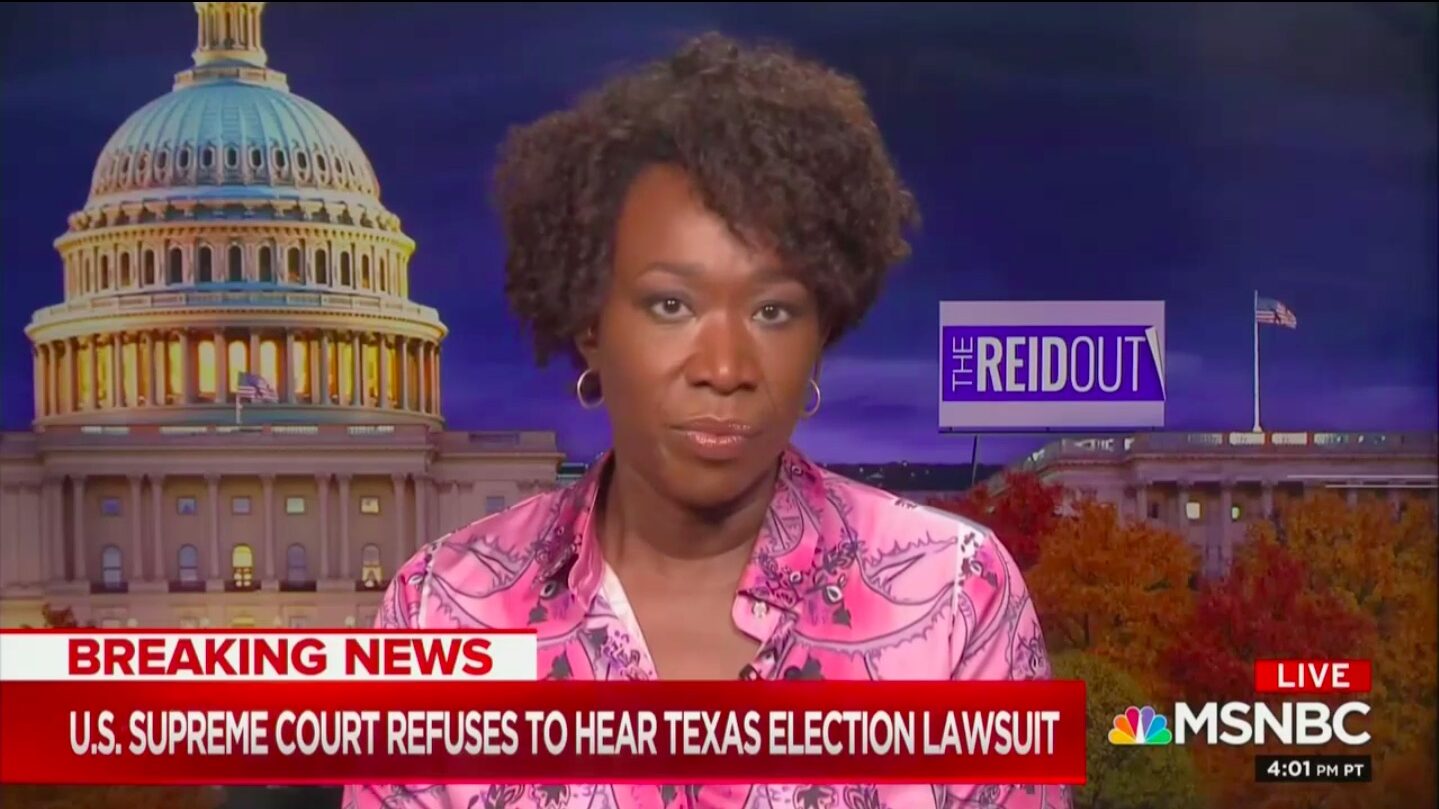 MSNBC’s Joy Reid opined on Thursday that conservatives would trade part of their policy agenda to “say the N-word.”

“I’ll say it again: people on the right would trade all the tax cuts for the ability to openly say the n-word like in ‘the good old days,'” Reid wrote in a message on Twitter. “To them, not being able to be openly racist and discriminatory without consequence is oppression. Trump is the avatar for this ‘freedom.'”

Reid was responding to messages from MSNBC contributor Jason Johnson and Bari Weiss, the former New York Times editor who quit last year with a lengthy resignation letter claiming her colleagues had “bullied” her with accusations of being “a Nazi and a racist.” In an earlier part of this week’s exchange, Weiss highlighted a student who said self-censorship was “the norm, not the exception” at their school. “I self-censor even when talking to some of my best friends for fear of word getting around,” the student added.

Johnson replied with a suggestion that the student had taken issue “censoring yourself from saying the N word amongst friends,” motivating Reid’s interjection.

Reid’s remarks drew blowback from conservatives on social media who accused the MSNBC host of overgeneralizing.

If she meant that everyone on the right would give up their tax cuts to be able to say the n word, then yes, @JoyAnnReid is wrong. Are there racists on the right? Sure. Plenty of em. But come on my friend, to paint with such a broad brush isn’t helpful. It’s divisive. Thanks. https://t.co/keErHBcrQf

This is racist, Joy Reid is a lunatic, and this tweet is incontrovertible proof of both of those points. https://t.co/heKBbJdl1f

Joy Reid published an anti-gay blog and when she was caught, rather than taking ownership, said her computer was hacked. That’s the type of person she is https://t.co/60PvqxW7Ux

She is a moron. https://t.co/ZsyTbBcvlW

Would not. Can confirm. With literally every conservative I know. https://t.co/uz9JWvU3fu

This is quite something from Joy — a high profile media figure who has NEVER taken any kind of responsibility for past egregious writings.

(And nevertheless continuously been promoted by MSNBC) https://t.co/U87gIqWcJl

A deeply offensive comment to me.. a conservative. And patently false, to boot.
Why say sh!t with the sole purpose to piss people off?

If you can’t wow them with wisdom.. bait them with hate. https://t.co/RA5vyIk5xu

Some on the left defended Reid, claiming her assessment was correct.

The only reason CPAC didn’t do one of those straw polls “The N-word OR tax cuts” is because they know Joy Reid is right.

But is Joy Reid wrong though? ?‍♂️

Joy Reid is a Black journalist superheroine with powers of truth, equality, and stirring the furor of right wing bigotellectuals

Per usual, Joy Reid is spot on.

This revised conservative grievance about free speech & cancel culture is really about reclaiming the ability to openly antagonize and discriminate without retribution in the public square. https://t.co/9IxFMb1gzr