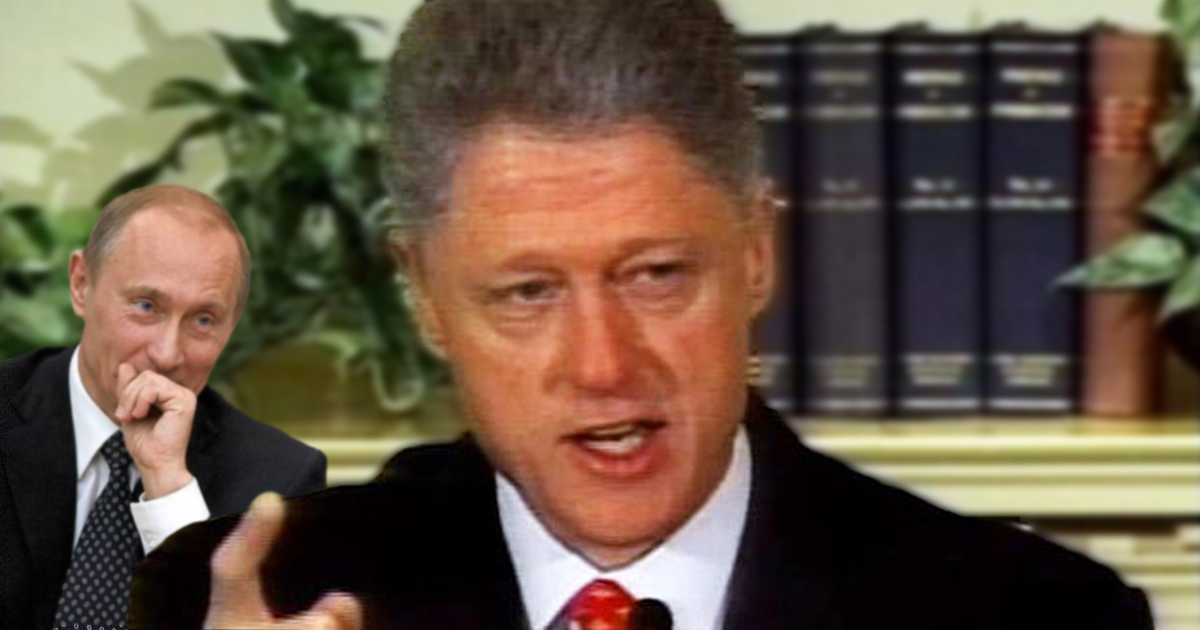 Russia seems to have a high tolerance for things nobody else would ever want to know about, much less listen to. That tolerance may go beyond just mixing with low-info Facebook suckers and alt-right hate. Way beyond. Because it seems that the Mueller report has a claim that Russia recorded, and one assumes heard, recording or recordings of former President Bill Clinton engaging in phone sex with former intern Monica Lewinsky.

How do you say “hard pass” in Russian?

Blessedly, the information about this claim was redacted from the public release of the Mueller report (although inexplicably the pee tape mentions were not, more’s the pity.) The Washington Examiner showed on Tuesday what the redacted version looks like:

At a meeting in New York, Simes told Kushner the details: Russia allegedly recorded President Clinton on the phone with Lewinsky, opening questions of foreign leverage over the ex-president-turned-potential first spouse.

“During the August 17 meeting, Simes provided Kushner the Clinton-related information that he had promised. Simes told Kushner that, [redacted],” the Mueller report says. “Simes claimed that he had received this information from former CIA and Reagan White House official Fritz Ermarth, who claimed to have learned it from U.S. intelligence sources, not from Russians.”

The CIA agent mentioned, Fritz Ermarth, said he had a problem with the way the report relates his story. “The line in the Mueller report that says any of this was based on intelligence information is the product either of faulty remembering by Dimitri or a flawed inference … or a hostile fabrication by the Mueller people,” Ermarth told the Examiner. “[The report wording] implies my misuse of intelligence or use of intelligence that is classified in this context. And that is completely false.”

A tidbit not in the report, even the un-redacted version, and which Ermarth thinks was not communicated to any Trump folks, was that he believed the intercept was of a call that took place from Air Force One. Lovely.

Ermarth thinks the fact that this was redacted on privacy grounds, but that the alleged “pee tape” was not, shows bias toward the Clintons, the Examiner reported. They also have screenshots from the report.

To summarize, the garbage fire in D.C. has been burning for a long time, and Russia has been snagging a lot of the trash. You know, if the reporting is correct.

Either way, enjoy your day!