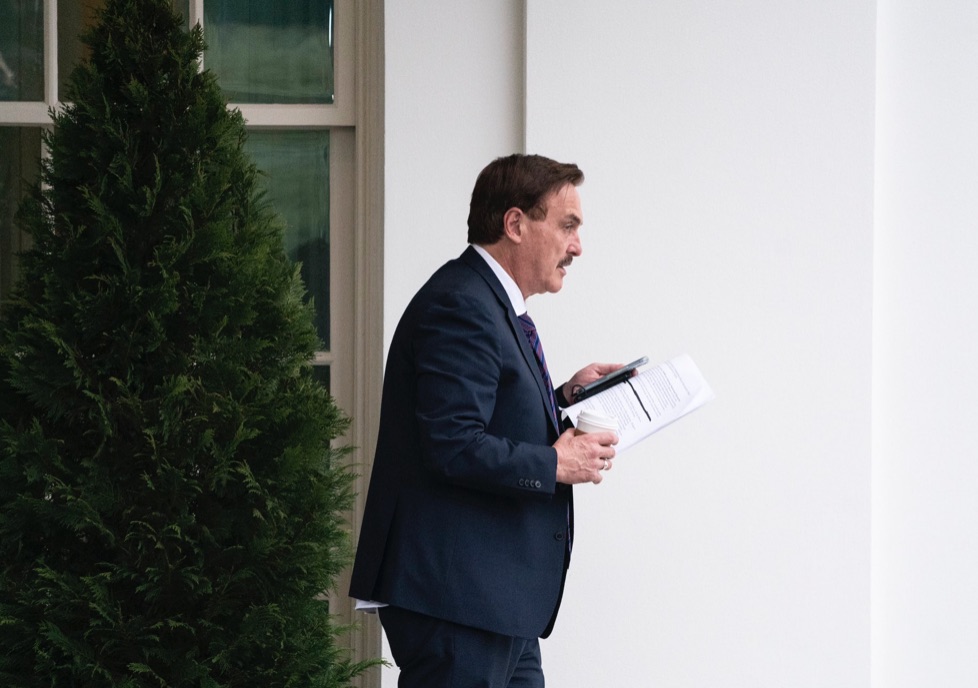 MyPillow CEO and Donald Trump confidante Mike Lindell was seen leaving the Oval Office carrying notes that, upon closer inspection, appear to spell out for a series of incendiary, 11th-hour acts that the president should take to overturn the election.

Among the explosive proposals appears to be the phrase “…martial law if necessary.”

Lindell’s notes were captured by Washington Post photographer, Jabin Botsford from a distance and half the page was not visible as it was folded lengthwise in left hand, which was also holding his cell phone. But when zoomed in on, several halves of paragraphs of the briefing are legible.

The title of his notes, in all capital letters, includes the words “TAKEN IMMEDIATELY TO SAVE THE … THE CONSTITUTION”

After a call for what looks to be appointing a new member his national security team, Lindell talks about researching election security and the nearby military base at “Fort Mead [sic].”

In the next paragraph, his visible notes begin with what could be “Insurrection” followed by “Act now as a result of the assault on the…” and then picks up in the next line with what appears to be “marital”  and then “law if necessary upon the first hint of any.”

A standalone sentence, that was hand redacted in black pen, comes next, followed by another paragraph with a list of names including Trump legal advocate of bonkers “Kraken” fame Sidney Powell and then, in the next line, another apparent personnel recommendation: “move Kash Patel to CIA Acting.” Patel is a Trump loyalist who was unexpectedly installed as chief of staff to the new acting Defense Secretary two months ago.

Lindell continues on with an apparent claim of “Foreign Interference in the election” that would “Trigger” some response. He then seems to offer Trump advice, saying “Make clear this is China/Iran…” It’s unclear based on the photograph exactly what the full note is saying there, but the Trump administration’s own cybersecurity agency has completely shot down claims of electronic interference or hacking of the 2020 election, citing 59 experts calling the theories “unsubstantiated” or “incoherent.”

@MyPillowUSA CEO Michael Lindell shows off his notes before going into the West Wing at the White House on Friday, Jan 15, 2021 in Washington, DC. pic.twitter.com/AY6AyJNSyE

Here is a close-up view of Lindell’s partially obscured notes. 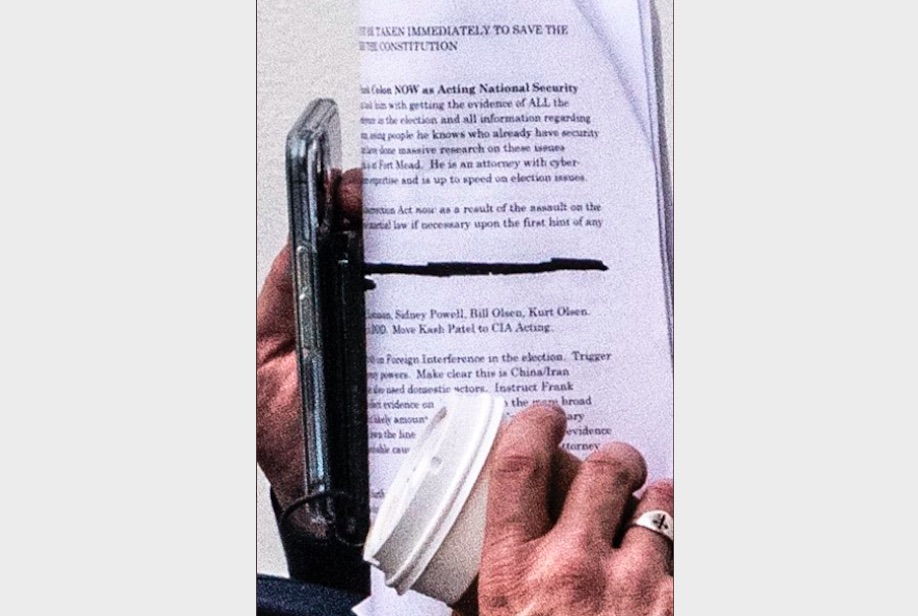 Lindell has been one of the most outspoken and delusional supporters of Trump’s election fraud conspiracy theories, even going so far as to guarantee “100 percent” that Trump will be president for the “next four years.”

And if he was actually counseling Trump to use the military to overturn the election in a last-minute coup, it wouldn’t be out of character for him. Back in late December, after all 50 states had certified Joe Biden’s Electoral College win, Lindell tweeted — and then quickly deleted — a post calling on Trump to lock down swing state election systems and “please impose martial law in these 7 states and get the machines/ballots.”