National Archives Censors Anti-Trump Criticism
And How Did That Work Out? 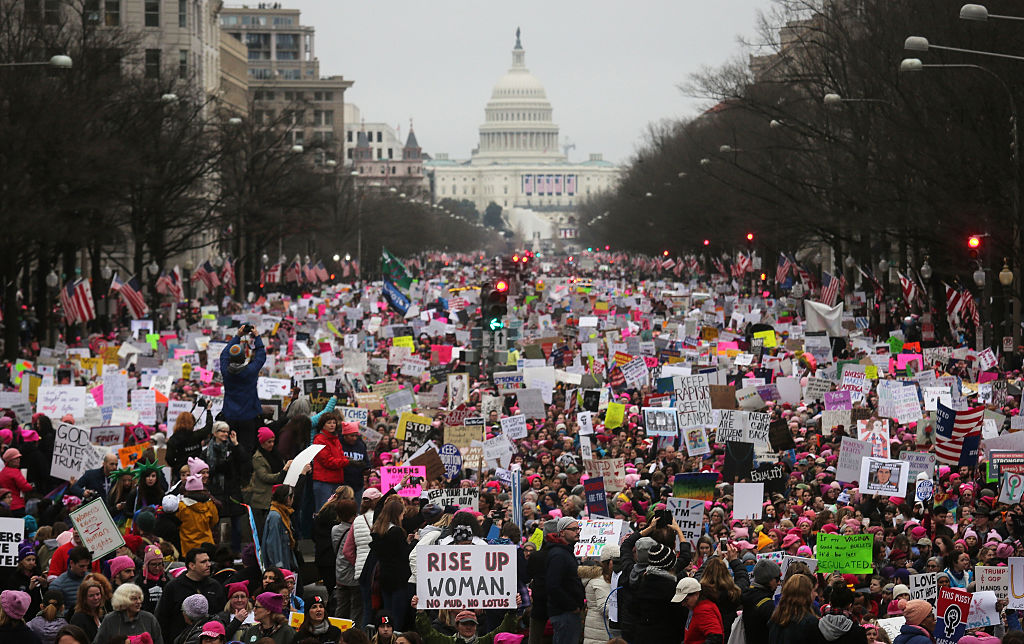 A blown-up version of this photo of the 2017 Women’s March in Washington, D.C., currently on display in the National Archives, was altered to block out anti-Trump messages and references to parts of the female anatomy. Photo credit: Mario Tama, Getty Images.

A massive, blown-up photo of the 2017 Women’s March on Washington, D.C., currently on display in the National Archives, has been altered to remove anti-Trump messages, in order to avoid “political controversy.”

As reported in the Washington Post, the photograph, taken by Mario Tama for Getty Images, sits near the entrance to a National Archives exhibit on the women’s suffrage movement. But upon closer inspection, it’s clear that the exhibited photo has been quietly changed, with any mentions of President Donald Trump, as well as references to parts of female anatomy like “vagina” and “pussy,” blurred out from the protestors’ signs.

One example of the change involves a protest sign that reads “God Hates Trump,” which can be seen in the lower left quadrant of the original Getty photo above. In the National Archives version, the word “Trump” has been rendered illegible.

Per the Post, the decision to censor the photo was made by Archives staff and Archivist of the United States, David S. Ferriero, an Obama appointee, who was also aware of and supported altering the photo.

“As a non-partisan, non-political federal agency, we blurred references to the President’s name on some posters, so as not to engage in current political controversy,” Archives spokeswoman Miriam Kleiman told the paper. “Our mission is to safeguard and provide access to the nation’s most important federal records, and our exhibits are one way in which we connect the American people to those records. Modifying the image was an attempt on our part to keep the focus on the records.”

The agency also claimed that “we do not alter image or documents that are displayed as artifacts in exhibitions.” The Getty photo of the Women’s March, located in close proximity to the exhibit, is merely a “promotional display” for the exhibit, the Archives spokesperson said by way of justification, and is therefore able to be altered.

That explanation fell flat with some notable historians.

“There’s no reason for the National Archives to ever digitally alter a historic photograph,” historian Douglas Brinkley told the Post. “If they don’t want to use a specific image, then don’t use it. But to confuse the public is reprehensible. The head of the Archives has to very quickly fix this damage.”