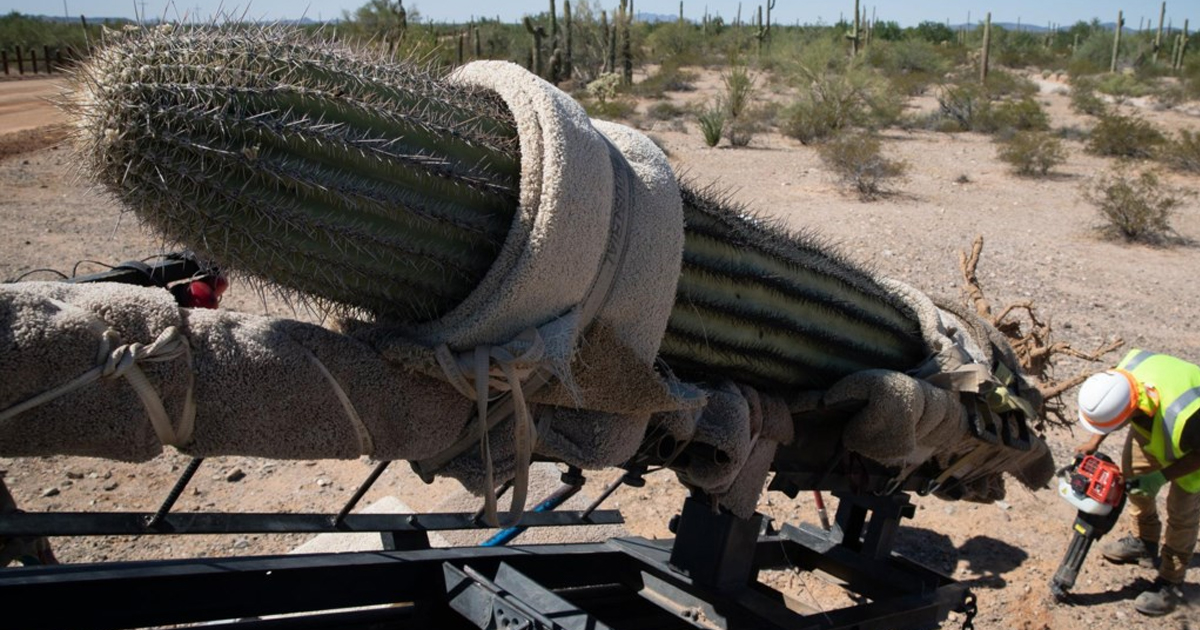 U.S. Customs and Border Protection says that the blasting at the site is “in preparation for new border wall system construction within the Roosevelt Reservation,” the Arizona Republic reported this week.

The Organ Pipe Cactus National Monument is a 517-square-mile park set aside in 1937 to preserve its Sonoran Desert habitat. It’s a designated UNESCO Biosphere Reserve, and CBP has previously relocated some of the namesake flora ahead of border wall construction.

“The construction contractor has begun controlled blasting, in preparation for new border wall system construction, within the Roosevelt Reservation at Monument Mountain in the U.S. Border Patrol’s Tucson Sector. The controlled blasting is targeted and will continue intermittently for the rest of the month,” said CBP in a statement. “U.S. Customs and Border Protection will continue to have an environmental monitor present during these activities as well as on-going clearing activities.”

But during a site visit in January, the Tohono Oʼodham tribe’s historic preservation officer Peter Steere explained the Hill’s significance to the Nation.

“This hill, from the information we’ve been able to gather, was used by Hia-C’ed O’odham for religious ceremonies,” he said. “This is also a place, when the Apache were raiding out here, if the Apache warrior was killed, his body was placed on this hill.”

He added that the tribe is able to track mentions of the hill dating back hundreds of years. They have found possible references in letters written by Father Eusebio Kino, the famed Jesuit missionary that proselytized the area in the late 1600s.

The tribe has documented information about the hill from O’odham elders, as well as archaeologists who have worked in the area.

During meetings between leaders of the Tohono O’odham Nation and Customs and Border Protection, “the nation asked them not to do any more work on this hill, and they’re continuing to do the work on the hill,” he said.

Democratic Rep. Raúl Grijalva of Arizona, chair of the House Committee on Natural Resources, told The Intercept that “a historically significant area is going to be changed irreparably,” and added “You’re never going to be able to put it back together.”