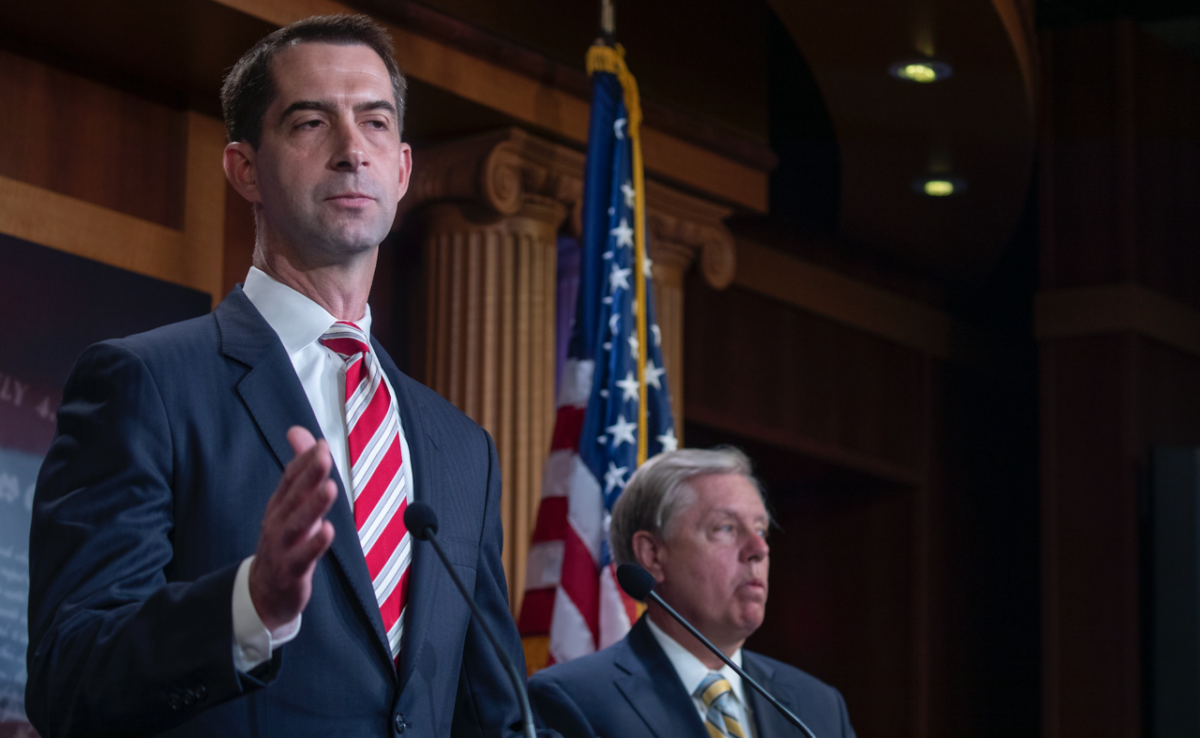 Newsweek quietly changed a story this week to support a new column critical of Sen. Tom Cotton (R-AR) after his office reportedly alerted the publication to the discrepancy.

The change came after Newsweek’s Natalie Colarossi rewrote a Jan. 23 column from Salon that suggested Cotton “didn’t have” experience as an Army Ranger, despite attending the U.S. Army’s Ranger School, a course required for leaders in the 75th Army Ranger Regiment. However, the Ranger course is also open to anyone in the military and is routinely attended by soldiers and officers who never serve in a Ranger unit.

However, an Aug. 8, 2015 Newsweek story about two women who had completed the course suggested it was synonymous with being called a Ranger. “For the first time in the Army Ranger School’s 64-year history, two women have completed the intense training program and will become Rangers,” the original version noted.

Newsweek edited the story this week to allow for greater ambiguity, with the revised introduction stating, “For the first time in the Army Ranger School’s 64-year history, two women have completed the intense training program and will be allowed to wear the coveted Ranger tab on their uniforms.”

It isn’t clear when Newsweek made the change to its story, which Cotton’s communications director Caroline Tabler first noted in a statement to National Review. Copies of the older version, which remain archived online, show that it remained the same from 2015 until at least Jan. 24 of this year.

An undated editorial note at the bottom of the story now notes the article was amended, though without disclosing the context, stating, “This article has been changed to note that completion of the course allows one to wear the Ranger tab, but does not make one a Ranger.”

Newsweek similarly changed the headline on its newest article, which originally said, “Tom Cotton Blasted for Lie About Being an Army Ranger by Lawmaker Who Was One.” As of Tuesday, the publication had removed the word “lie” to replace it with “claim.”

Cotton, a retired Army Captain, served on active duty from 2005-09, and is a veteran of wars in both Afghanistan and Iraq.