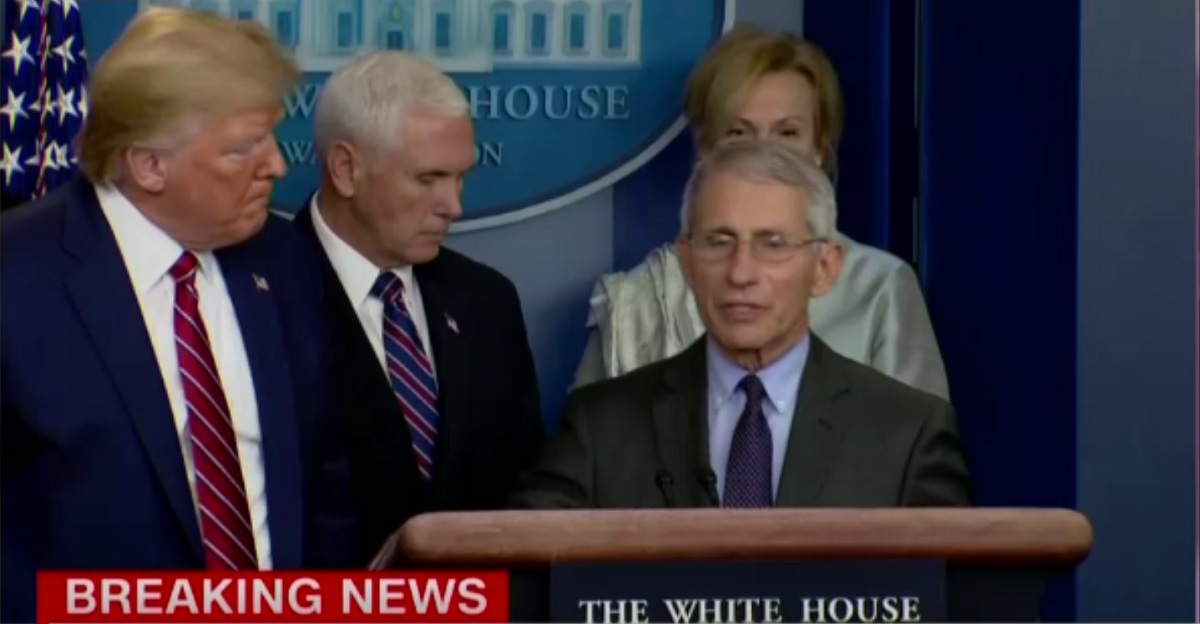 The notable absence of Dr. Anthony Fauci from the daily White House coronavirus task force briefing for a second day in a row sent ripples of concern and frustration across Twitter.

The calm and straight-shooting Fauci has become the ubiquitous public face of the Trump administration’s medical response to the COVID-19 outbreak — standing in a sharp contrast to President Donald Trump’s scattershot and often inaccurate pronouncements about the pandemic. The infectious disease expert appeared on all five Sunday morning news shows this past weekend, but he did not appear at Sunday afternoon’s daily task force briefing. And when he didn’t show up alongside Trump for the second straight day — after news reports earlier on Monday cited his disagreement with Trump about abandoning the massive economic shutdown in the next week or two — people began to worry about his well-being and #WhereisFauci started trending online.

A lot of people were looking forward to hearing Dr. Fauci’s take on the timing of this “reopening” strategy. But…no Fauci at the briefing.

No Fauci, but Bill Barr. Chilling as hell https://t.co/QCFnVsELr0

The only person I want to hear from is dr. Anthony Fauci.

Dr. Brix is no substitute for Dr. Fauci.#WhereIsFauci

I’m HORRIFIED by this #whitehousePressconference.

1. No Fauci
2. Trump is vowing to “reopen” the country soon.

Trump is flat out saying: the economy, money & profits are more important than people’s lives.#coronavirus

A press conference with No Fauci is like a Marvel movie without Iron Man.

We should all be concerned that Dr. Fauci is not on stage at the Press Conference…

Trump was eventually asked where Fauci was during the Q & A portion of the press conference, and he explained the doctor’s absence by saying he was attending a task force meeting being held simultaneously with the public briefing.

Trump says Fauci was in a task force meeting, but other task force members were at the press conference… pic.twitter.com/8nggkVJhzN

As the coronavirus task force press conference came to a close, White House officials said that Fauci would later appear on one of the president’s favorite cable news shows, Fox News’ Hannity.

Dr. Fauci isn’t at the briefing today with the president today, but will be on Hannity tonight, a White House official says.