OAN Sues DirecTV After Being Dropped From Lineup 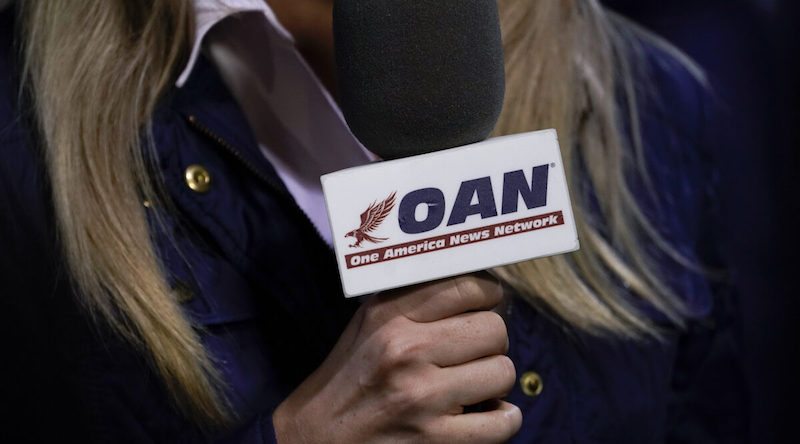 Far-right One America News is suing DirecTV and its parent company AT&T for breach of contract, after the TV provider announced it would drop the channel from its lineup.

Herring Networks, which owns OAN, filed a 36-page lawsuit in the Superior Court of California in San Diego this week.

In its lawsuit, Herring Networks accused the above-mentioned parties of breach of contract, breach of the covenant of good faith and fair dealing, intentional interference with business expectancy and violation of California’s Unfair Competition Law.

“This is an action to redress the unchecked influence and power that Defendants have wielded in an attempt to unlawfully destroy an independent, family-run business and impede the right of American television viewers to watch the news media channels and programs of their choice,” Herring Networks claimed in the filing.

The company stated that its relationship with AT&T, and DirecTV has been “mutually beneficial” for years. Herring Networks also alleged DirecTV has “bowed to political pressure and have put their unlawful interests and the unlawful personal, political, and financial interests of their management ahead of contractual and legal obligations.

“These wrongdoings are part and parcel of a larger, coordinated, extremely well-financed political scheme to take down Herring and unlawfully destroy its ability to operate in the media business.”

The lawsuit also alleged “liberal organizations” such as the NAACP have  “pressured AT&T to drop OAN.”

The company claimed it faces losses in excess of $1 billion if it is dropped by the provider. Relief is being sought in the form of compensatory damages, attorney fees and other relief deemed “just and proper” by a jury.

DirecTV announced on Jan. 14 it would drop OAN from its lineup.

In a brief statement Friday night statement, the company said, “We informed Herring Networks that, following a routine internal review, we do not plan to enter into a new contract when our current agreement expires.”