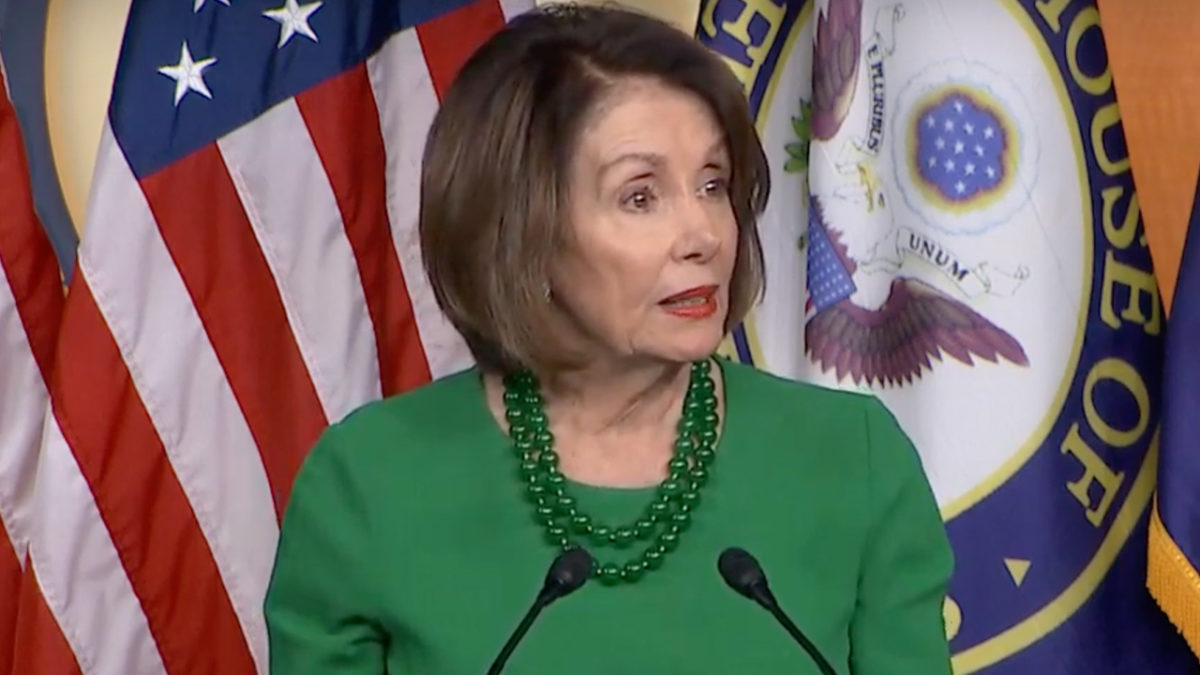 Speaker Nancy Pelosi confirmed to reporters tonight that “at this time” the House of Representatives will not be holding a formal impeachment inquiry vote.

JUST IN: Speaker Nancy Pelosi says she just had a meeting with the House Democratic Caucus and there will be no impeachment inquiry vote by the House "at this time." https://t.co/OXQhwBtLij pic.twitter.com/IUq5zsfmpS

In a press conference with Adam Schiff, Pelosi said, “There’s no requirement that we have a vote and at this time we will not be having a vote.”

Prior to Pelosi’s remarks, a number of reports came in that the Democrats will not be holding a floor vote for now:

Confirmed no impeachment inquiry vote by House at current time. This can change at some point in near future, but Pelosi & other Dem leaders say no consensus yet inside Dem Caucus https://t.co/tfBi4FQ5X0

Breaking: NO House floor vote on authorizing an impeachment inquiry, per an aide inside Dem caucus meeting.

“Consensus is no vote at least right now. Many members do not want to be seen as letting the WH dictate how a separate and equal branch of govt conducts itself”

Fox is told Pelosi plans no vote right now to formally launch impeachment probe at this time. She has been discussing this with House Democrats

The letter from the White House refusing to comply with the impeachment inquiry cited the lack of a formal vote, calling the Democrats’ inquiry “constitutionally invalid” and lacking “‘the necessary authorization for a valid impeachment proceeding.”