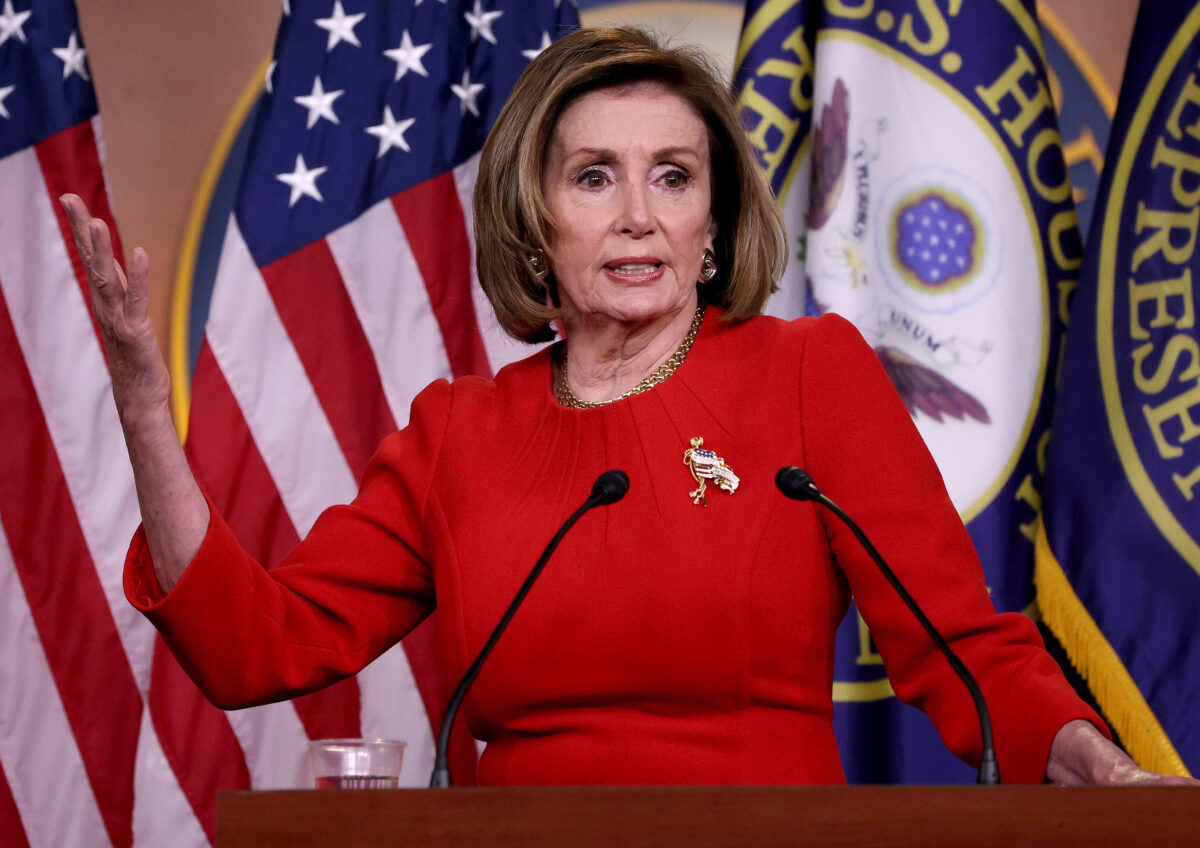 The comment came after Capitol Physician Brian Monahan instituted a new mask mandate for House members on Tuesday evening. “The same bureaucratic ‘public health experts’ who completely upended our society by pushing lockdowns and yearlong school closures now want to force Americans to return to pre-vaccine control measures,” McCarthy said in a statement shortly after Monahan’s announcement. “By forcing vaccinated Americans to return to masks, the Biden administration is not only casting doubt on a safe and effective vaccine, but contradicting why vaccines exist.”

Pelosi says McCarthy is “such a moron” when asked about his criticism of the reinstated mask mandate in the House. pic.twitter.com/4dlYlMrTlQ

Asked about McCarthy’s comment during a brief exchange with reporters on Wednesday, Pelosi countered, “He’s such a moron.”

Contention around the issue is growing among House members. Republican Reps. Marjorie Taylor Greene (GA), Thomas Massie (KY), and Ralph Norman (SC) announced on Tuesday that they were filing a lawsuit against Pelosi for $500 fines she imposed on them for failing to wear masks in the chamber in May.