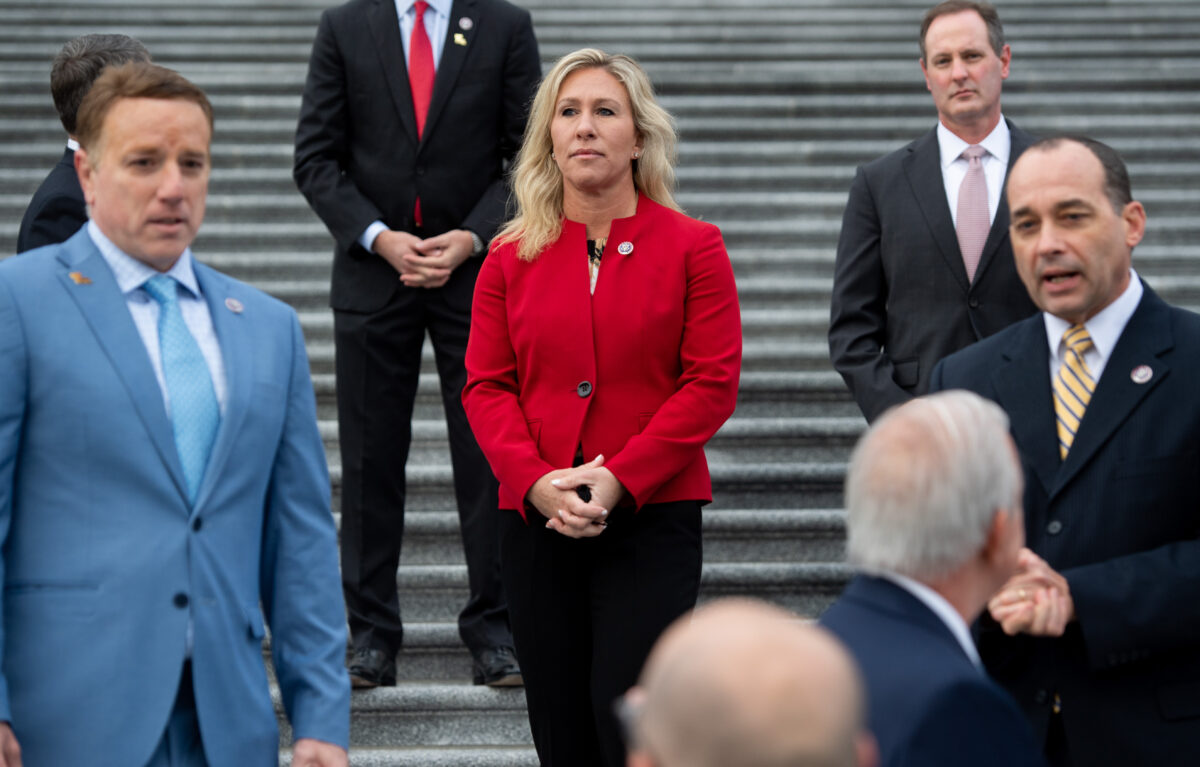 Rep. Marjorie Taylor Greene (R-GA) announced Tuesday she is filing a lawsuit against Speaker Nancy Pelosi (D-CA) over “mask fines” in the U.S. House of Representatives.

Greene filed the suit in Washington, D.C.’s U.S. District Court along with Reps. Thomas Massie (R-KY) and Ralph Norman (R-SC). The Democratic majority on the House Ethics Committee slapped down an appeal on the issue last week after each of the three were hit with $500 fines for refusing to wear masks in the House chamber from May 18-19, when Republicans made a show of opposition to the mandate.

“It is beyond me why we are mistreating people, segregating people, discriminating against people for masks and vaccines, which should be a choice,” Greene said at a Tuesday press conference announcing the lawsuit.

Pelosi imposed the mask requirement in July 2020, which carries a fine of $500 for a first offense and $2,500 for a second offense. The masks are presently only required for members who have not been vaccinated against Covid-19, which means the rule is largely based on an honor system.

Greene said in February that she was opted against getting vaccinated. Massie has maintained the same position, telling a reporter who asked about it June that it was “none of your business” but that he was “not vaccinated,” and that he was going to avoid it “until there’s some science.”

Uneven enforcement of the mandate has also been a subject of contention. At Tuesday’s press conference, Massie said the rule was “unconstitutional” and held up a picture of Pelosi speaking in the House without a mask on the same day he and his colleagues were fined.

“Nancy Pelosi did this by edict,” Massie noted. “There’s no law. She changed this rule on her own. She did it unconstitutionally.”