Romney Silent on Who He’s Voting For in November, But Nonetheless Predicts: Trump Will Win 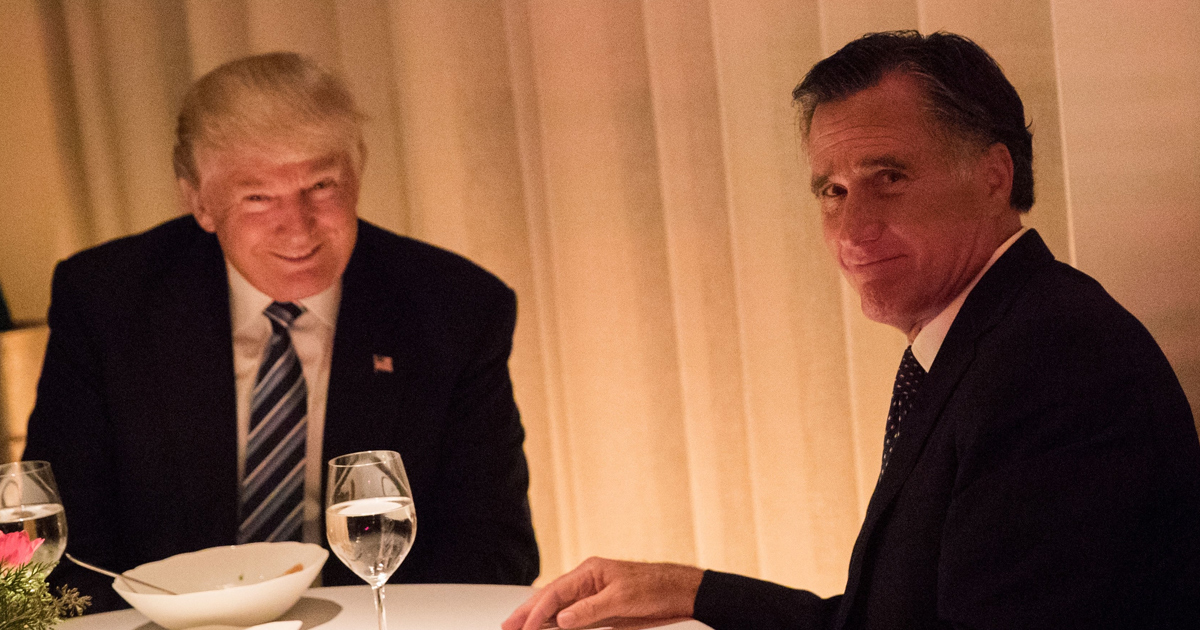 Sen. Mitt Romney (R-UT) is predicting a Republican blowout in the 2020 election, he told reporters Wednesday.

“I’m confident that we will keep the majority in the Senate, and I actually have long predicted the president will be reelected. I continue to think that’s the case,” he said in a comment reported by Politico’s Jake Sherman.

The New York Times reported Saturday that Romney “won’t back Mr. Trump and is deliberating whether to again write in his wife, Ann, or cast another ballot this November.” In comments to reporters on Monday, the 2012 Republican nominee for president said he would “stay quiet” about the upcoming race, adding “I’m not going to be describing who I’ll be voting for.”

Romney famously gave a speech in opposition to President Donald Trump’s campaign in March 2016. He said in 2018 that he voted for his own wife as a write-in candidate in that year’s presidential election, and voted unsuccessfully this year to impeach Trump on the charge that he abused power.

He has also been antagonistic toward Trump in the wake of protests over George Floyd’s death, marching with a Black Lives Matter group on Sunday and telling reporters he wanted to “make sure that people understand that black lives matter.”

Trump fired back on Monday, writing on Twitter, “Tremendous sincerity, what a guy. Hard to believe, with this kind of political talent, his numbers would ‘tank’ so badly in Utah!”