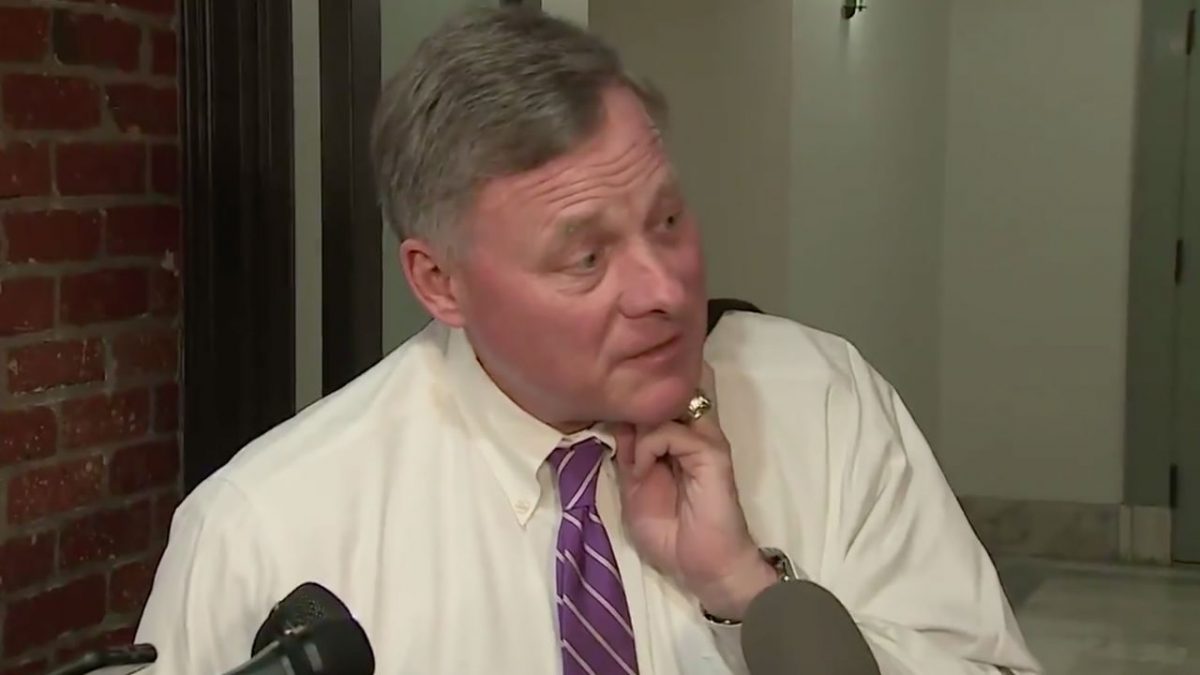 Senator Richard Burr hit back at a report published earlier in the day by NPR that cited leaked audio and claimed he had warned private donors of the dire threat of the coronavirus, weeks before his North Carolina schools were closed over the threat of the global pandemic.

“There’s one thing that I can tell you about this: It is much more aggressive in its transmission than anything that we have seen in recent history,” he said, according to a secret recording of the remarks obtained by NPR. “It is probably more akin to the 1918 pandemic.” Mak reported:

The luncheon had been organized by the Tar Heel Circle, a nonpartisan group whose membership consists of businesses and organizations in North Carolina, the state Burr represents. Membership to join the Tar Heel Circle costs between $500 and $10,000 and promises that members “enjoy interaction with top leaders and staff from Congress, the administration, and the private sector,” according to the group’s website.

In attendance, according to a copy of the RSVP list obtained by NPR, were dozens of invited guests representing companies and organizations from North Carolina. And according to federal records, those companies or their political committees donated more than $100,000 to Burr’s election campaign in 2015 and 2016. (Burr announced previously he was not planning to run for reelection in 2022.)

The dire message that Burr delivered to a group of GOP fundraisers stands in contrast to what he wasn’t sharing with his North Carolinian constituents.

But Burr was having none of it and claimed that the report “knowingly and irresponsibly misrepresented his speech. In his defense, the attendees were not “insiders” as the event was publicized and open to “anyone who wants to get involved.”

He then continues to explain the nuances of public health awareness in the time of the coronavirus, which you can read below:

In a tabloid-style hit piece today, NPR knowingly and irresponsibly misrepresented a speech I gave last month about the coronavirus threat.

Let me set the record straight. 1/

This lunch was hosted on Feb. 27 by the North Carolina State Society. It was publicly advertised and widely attended.

NPR knew, but did not report, that attendees also included many non-members, bipartisan congressional staff, and representatives from the governor’s office. 2/

Every state has a state society. They aren’t “secretive” or “high-dollar donor” organizations. They’re great civic institutions that bring people in D.C. together for events, receptions, and lunches.

And they’re open to anyone who wants to get involved. 3/

Like most members of Congress, I address our state society every year.

That a good thing. That’s what we should be doing.

Meeting constituents and talking to them about the work we’re doing in D.C. is an important part of our job, especially in times of uncertainty. 4/

Unfortunately, NPR’s journalistic malpractice has raised concerns that Americans weren’t warned about the significant steps we may have to take to stop the coronavirus threat.

The message I shared with my constituents is the one public health officials urged all of us to heed as coronavirus spread increased:

COVID-19 is a rapidly evolving situation. To know if we’ve been successful in stemming it, we have to keep an accurate accounting of our nation’s response.

Purposefully misleading listeners for the sake of a “narrative,” like NPR has done, makes us less safe. 8/

Burr has not yet addressed a ProPublica report that claims he sold up to $1.6 million of his personal stock portfolio just a week before the stock market crashed, suggesting he was aware of the ill effects that the gobal pandemic would have on the economy.