Sen. Tammy Duckworth Fires Back at Tucker Carlson Accusing Her and Other Democrats of Hating America 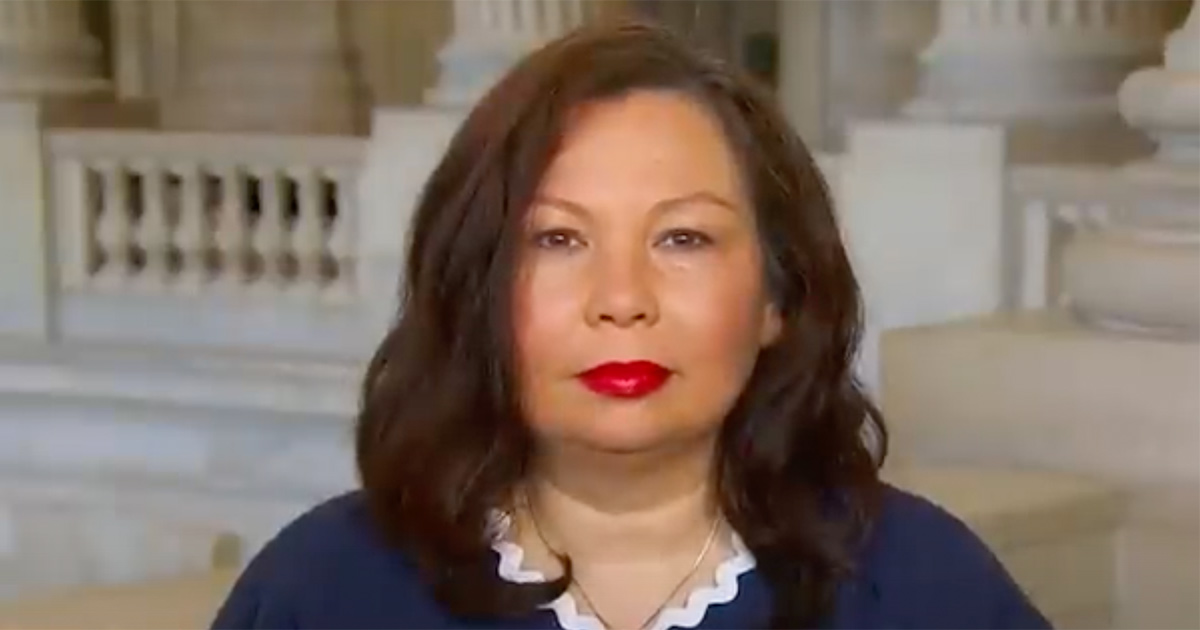 Duckworth was on CNN Sunday and was asked about people calling for statues to be taken down. When Dana Bash asked Duckworth if statues of figures like George Washington should come down, the Illinois Democrat just talked about “having a national dialogue” and said “we should listen to the argument there.”

Carlson played that clip during his opening monologue going after Democrats Monday night, snarking, “You’re not supposed to criticize Tammy Duckworth in any way because she once served in the military. Most people just ignore her.”

He called her a “deeply silly and unimpressive person” before showing her comments on CNN.

He went on to accuse Democrats like Duckworth of hating America:

It’s long been considered out-of-bounds to question a person’s patriotism. It’s a very strong charge and we try not ever to make it. But in the face of all of this, the conclusion can’t be avoided. These people actually hate America. There’s no longer a question about that. And yet paradoxically at the same time, they desperately want to control America more than anything. And that leads to the most basic of all questions, can you really lead a country that you hate?

Duckworth — a Purple Heart recipient who lost her legs in an attack when she served in Iraq — tweeted in response to the segment, “Does @TuckerCarlson want to walk a mile in my legs and then tell me whether or not I love America?”

Does @TuckerCarlson want to walk a mile in my legs and then tell me whether or not I love America?