Stimulus Paychecks Being Delayed to Include Trump's Signature 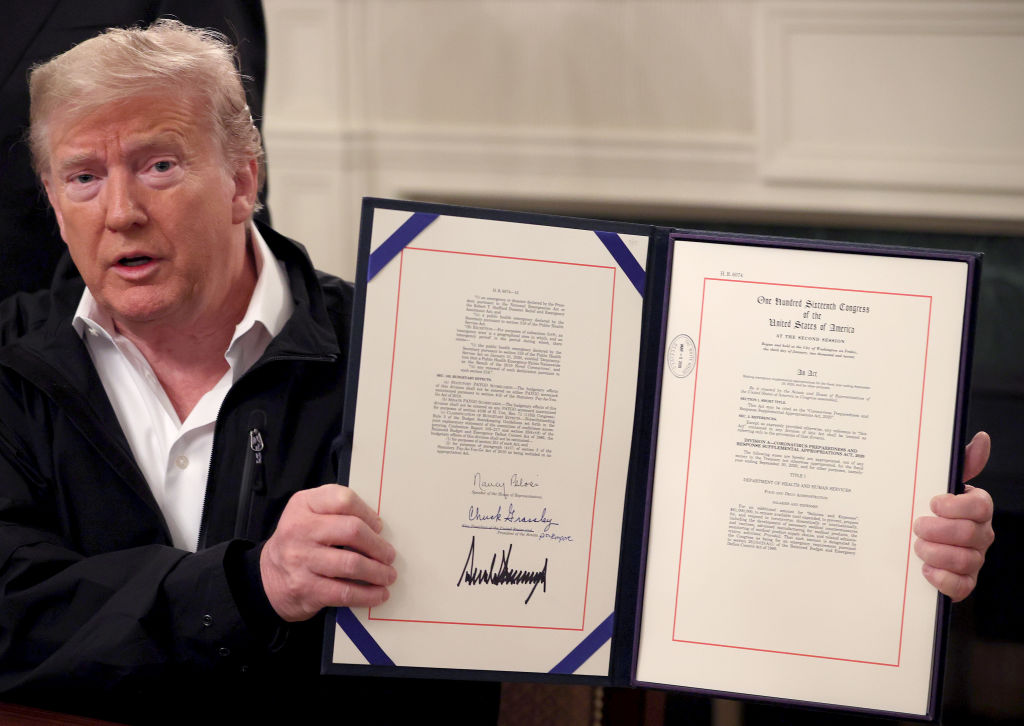 The $1,200 paychecks approved for tens of millions of Americans last month as part of the $2 trillion coronavirus stimulus bill will be delayed for several days so the Treasury Department can add President Donald Trump’s signature in the printed checks’ memo line.

That’s according to a new report in the Washington Post, which cited several Internal Revenue Service sources who said the inclusion of the president’s name — which is legally unnecessary because a Treasury civil servant is the actual fiscal signing authority —  has complicated the printing.

“The unprecedented decision, finalized late Monday, means that when recipients open the $1,200 paper checks the IRS is scheduled to begin sending to 70 million Americans in coming days, ‘President Donald J. Trump’ will appear on the left side of the payment,” the Post reports. “But to critics and some IRS employees, many of whom started to learn of the decision on Tuesday, the presence of Trump’s name on the checks reeks of partisanship in a corner of the government that touches all Americans and has, since the Nixon era, steadfastly steered clear of politics. After President Richard Nixon targeted a wide range of ‘enemy’ groups for tax audits, including civil rights groups, reporters and prominent Democrats, Congress enacted laws to ensure that the agency conducts itself apolitically.”

The Post notes that adding the president’s signature to the checks came from Trump himself, who privately suggested the idea to Treasury Secretary Steven Mnuchin not long after the stimulus law was signed.