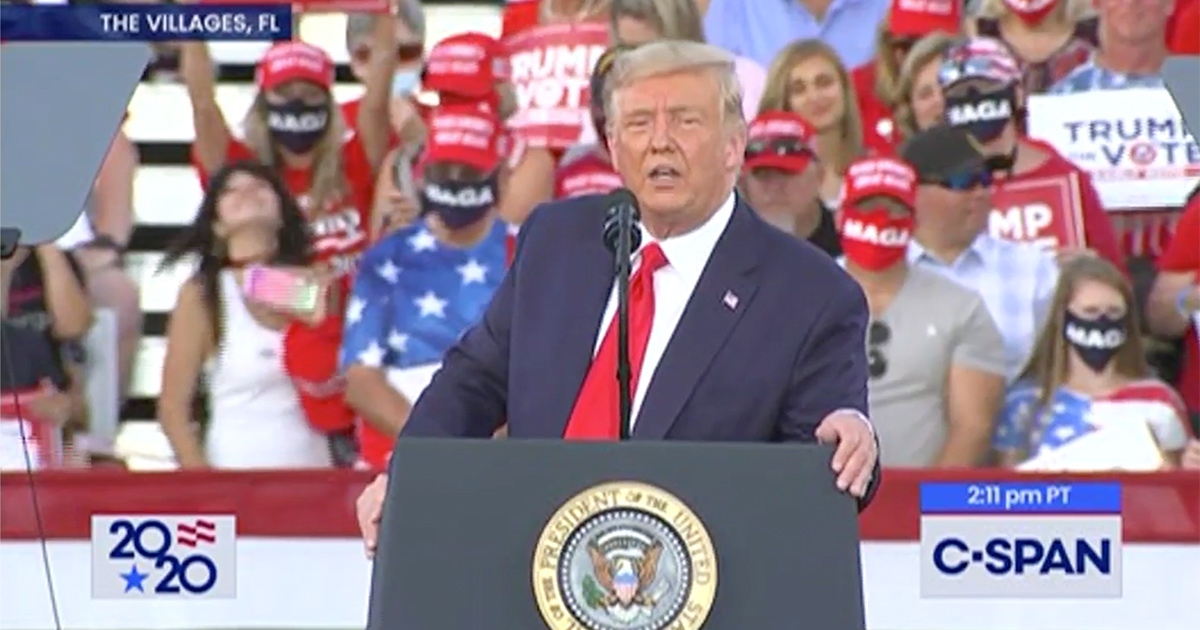 A new study has estimated the impact of President Donald Trump’s rallies on the spread of Covid-19, and concluded that the sizable events are responsible for tens of thousands of cases.

According to a study conducted by four researchers at Stanford, 18 Trump rallies conducted beginning with the June 20 event in Tulsa through a Sept. 26 rally in Middletown PA have directly resulted in more than 30,000 cases of Covid-19.

The authors note that the cases are not necessarily exclusive to attendees, but rather, they represent an increase relative to similar communities which did not hold rallies. Still, the researchers stated their conclusion bluntly.

“The communities in which Trump rallies took place paid a high price in terms of disease and death,” they wrote.

In addition to the new cases, the study links more than 700 deaths to the Trump rallies. Of the 18 events examined, 15 were held outdoors, while three took place indoors. The president has mostly held his rallies outdoors in recent weeks.

Trump is scheduled to hold 14 rallies over the next three days.