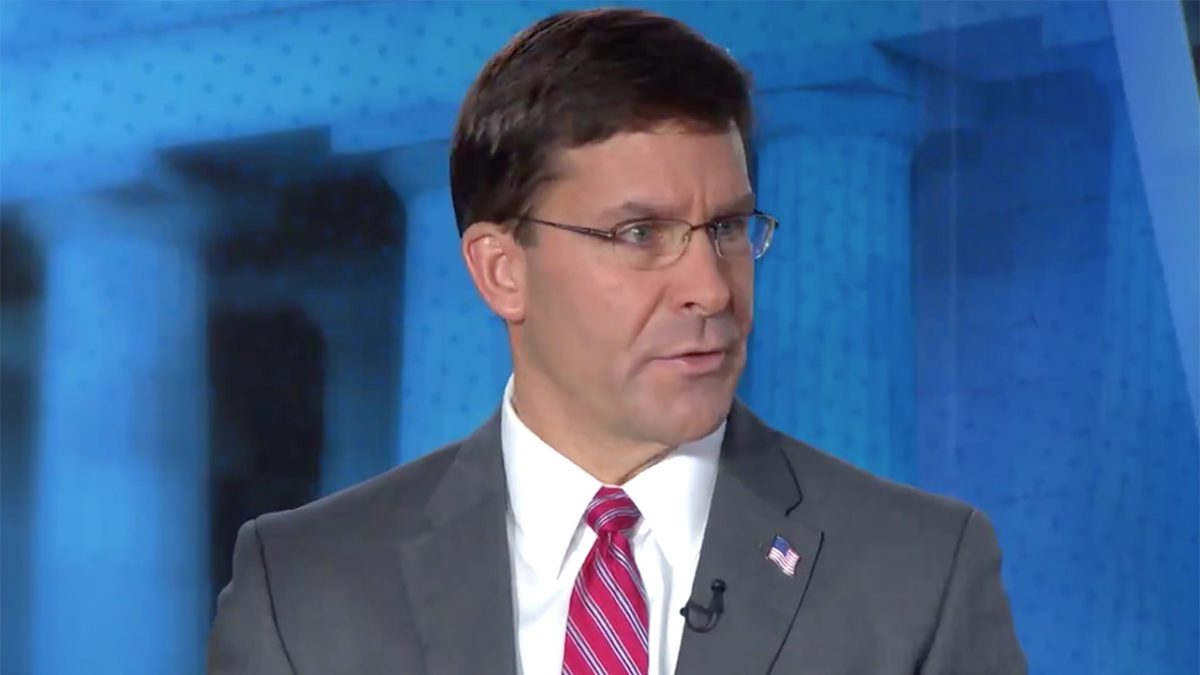 Amid all the scrutiny last week into the clearing of protesters from Lafayette Park before President Donald Trump’s photo op, Defense Secretary Mark Esper made a point of claiming publicly he didn’t know what the president was planning as they walked.

He also notably said he opposes invoking the Insurrection Act, something the president had been considering in response to rioting last week.

Now there’s reporting that Trump apparently came close to firing Esper last week after his comments about how to respond to the protests and riots.

Per the Wall Street Journal, Trump was “furious” and ready to fire Esper before being advised against it:

President Trump last week was on the brink of firing Defense Secretary Mark Esper over their differing views of domestic use of active-duty military, before advisers and allies on Capitol Hill talked him out of it, according to several officials…

The president consulted several advisers to ask their opinion of the disagreement, intent that day on removing Mr. Esper, his fourth defense secretary since taking office in January 2017, according to the officials. After talks with the advisers, who cautioned against the move, Mr. Trump set aside the plans to immediately fire Mr. Esper.

However, the Journal reveals that Esper was ready to resign and started writing a letter before “he was persuaded not to do so by aides and other advisers.”