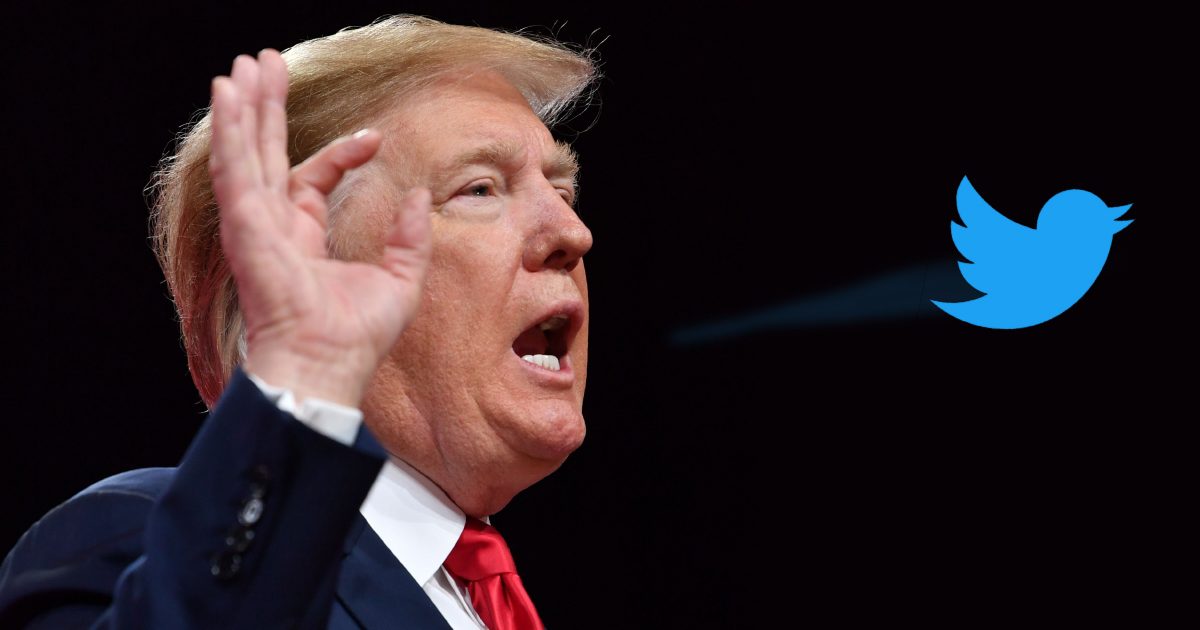 Twitter applied a warning label to two of President Donald Trump’s Tuesday tweets about mail-in voting, which promoted baseless and false claims about the risk of fraud. 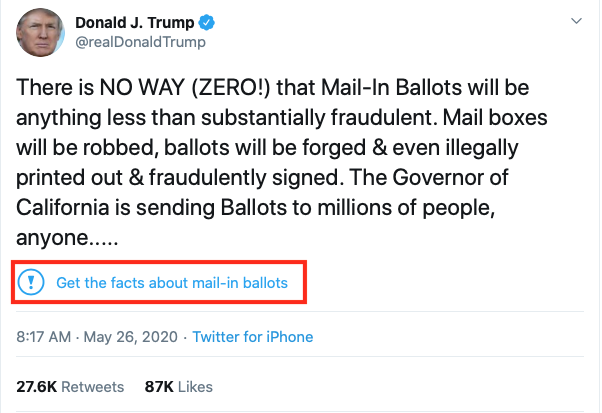 Hours after Trump’s morning tweets attacking California’s plan to mail ballots to registered voters — which he claimed was to “anyone living in the state” among other false claims — Twitter inserted a blue, fact-check exclamation point symbol in the individual tweets, between the text and its date/time information.

There is NO WAY (ZERO!) that Mail-In Ballots will be anything less than substantially fraudulent. Mail boxes will be robbed, ballots will be forged & even illegally printed out & fraudulently signed. The Governor of California is sending Ballots to millions of people, anyone…..

….living in the state, no matter who they are or how they got there, will get one. That will be followed up with professionals telling all of these people, many of whom have never even thought of voting before, how, and for whom, to vote. This will be a Rigged Election. No way!

By clicking on the warning symbol, Twitter users were routed to a information page to a CNN fact-check of the claims, with the headline: “Trump makes unsubstantiated claim that mail-in ballots will lead to voter fraud.”

Underneath, in a “What you need to know” section, Twitter added this context to counter the president’s misinformation.

The Trump campaign — not the White House — quickly responded to Twitter’s move, blasting “Silicon Valley” as “partnering with the biased fake news media,” but did not bother to substantiate any of Trump’s baseless claims about mail-in voting.

Trump campaign manager on Twitter flagging Trump mail in vote tweets: “We always knew that Silicon Valley would pull out all the stops to obstruct and interfere with President Trump getting his message through to voters.” pic.twitter.com/g53gJo4mw2