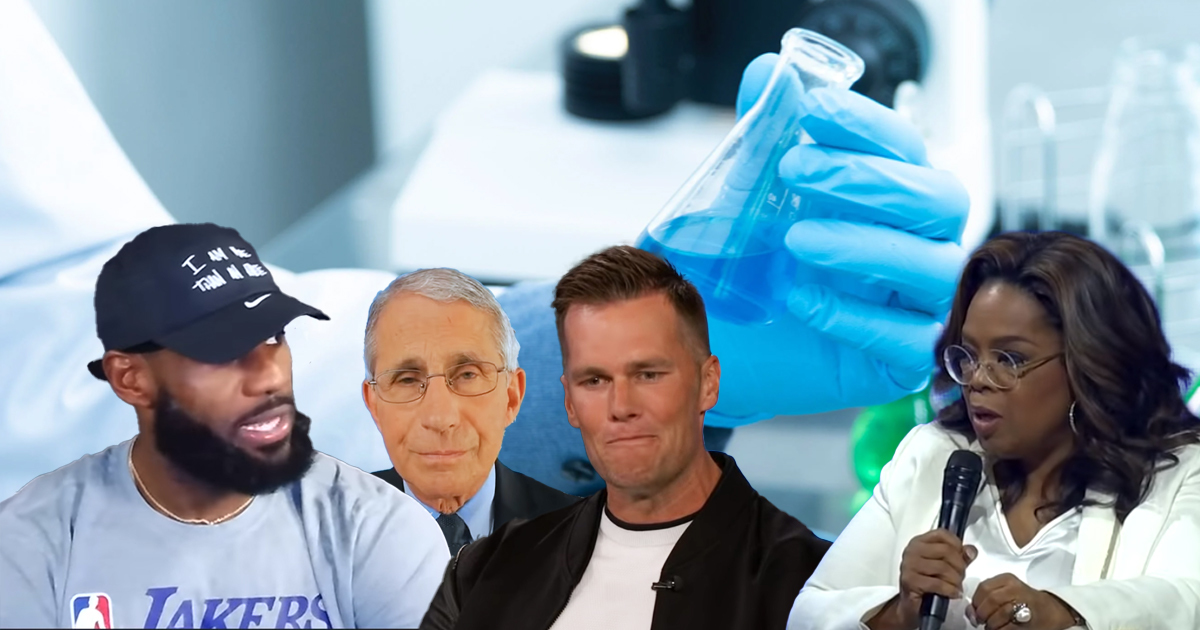 A new Politico/Morning Consult poll asked respondents if they’d be more likely or less likely to take a coronavirus vaccine if it were recommended by public figures ranging from Dr. Anthony Fauci and President Donald Trump to celebrities like Oprah Winfrey, Tom Brady, and LeBron James.

In the poll released Wednesday, respondents were asked “if each of the following people or groups encouraged Americans to receive the coronavirus vaccine, would you be more or less likely to get vaccinated or would it not have an impact on your decision?”

The list included the likes of Trump, Fauci, former Vice President Joe Biden, the CDC, and the World Health Organization, but also featured the offbeat inclusion of the aforementioned celebrities — with mostly predictable results.

For example, majorities of respondents consistently said recommendations from public figures without medical expertise — Trump, Biden, the celebrities in question — would have no impact on their decision to take the vaccine, and those majorities were much larger with the celebrities.

One exception was President Barack Obama, of whom 48 percent said his recommendation would have no impact.

Of those who said recommendations from political figures would impact their decisions, the results were split along partisan lines, although Trump’s recommendation carried significantly less weight than Biden’s overall — 14% said they’d be more likely, 21% less likely if Trump recommended the vaccine, while for Biden it was 20% more likely versus 18% less likely. Obama did better than both of them at 24% more likely to 17% less likely.

Along party lines, about a third of respondents said they were less likely to take a vaccine recommended by figures from the opposing party.

Among the celebrities, the results were:

However, those who approve of Trump were much more likely to be put off by the celebrity recommendations than those who disapprove, with 19 percent saying they’d be less likely to take a vaccine if Brady recommended it, 26 percent saying the same of James, and a 30 percent chunk saying they would eschew a coronavirus vaccine if Oprah said it was a good idea. Among Trump disapprovers, those responses were in single digits.

As you might expect, respondents were much more likely to follow advice from those with medical expertise, with Dr. Fauci and the CDC leading with 43% “more likely” to follow their respective recommendations. But a hefty 21 percent of respondents who approve of Trump said they’d be “less likely” to take the vaccine if Fauci recommended it.

Here’s where it gets really weird, though. The poll also asked respondents how they’d factor recommendations from friends, family, and neighbors. Americans wisely don’t care what their neighbors had to say, with 15% saying more likely and 7% saying less likely.

Overall, the poll found that 17 percent of respondents have decided not to be vaccinated at all, and another 1 percent saying they aren’t sure.