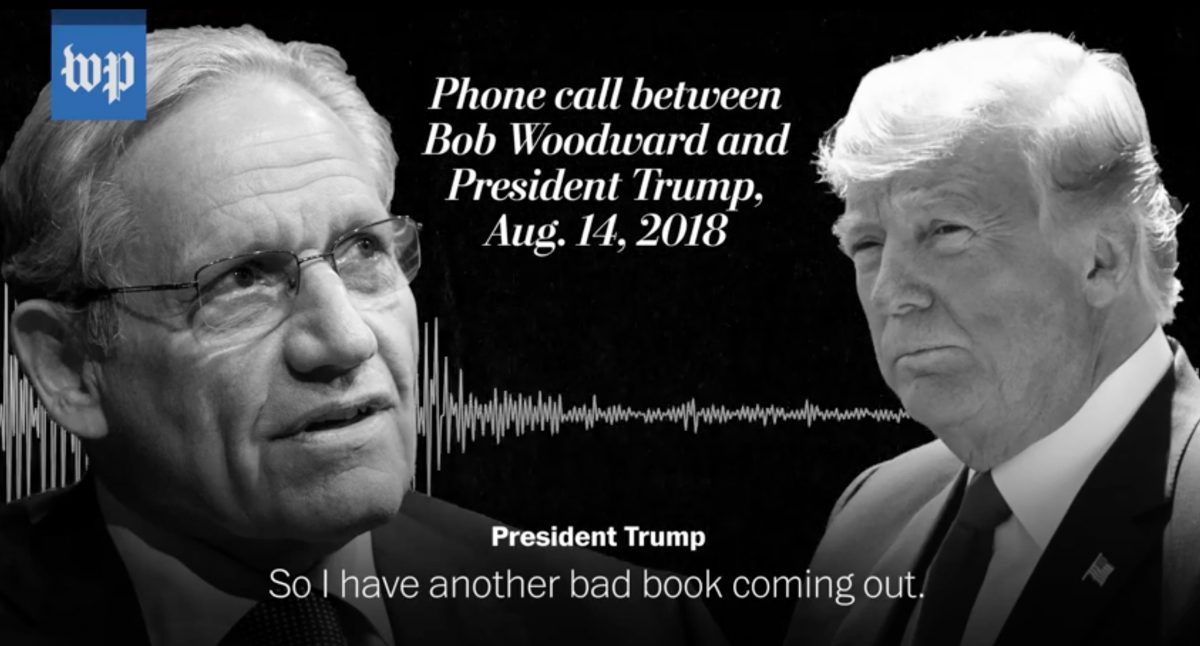 Legendary reporter Bob Woodward‘s upcoming book about the Trump administration, Fear, was previewed on Tuesday, revealing a series of bombshell — and haunting —  pieces of reporting peeling back the curtain on a chaotic White House.

The book, the Washington Post reports, “paints a harrowing portrait of the Trump presidency, based on in-depth interviews with administration officials and other principals.”

Here are the most stunning moments from Fear: Trump in the White House, set for release on Sept. 11:

1. Defense Secretary James Mattis is “exasperated” by Trump acting like a fifth grader

Woodward writes that in one National Security Council meeting from January, Trump questioned why the U.S. was spending money maintaining a presence in the Korean Peninsula. “We’re doing this in order to prevent World War III,” James Mattis told him, per Woodward.

After the meeting, Mattis “was particularly exasperated and alarmed, telling close associates that the president acted like — and had the understanding of — ‘a fifth- or sixth-grader.’”

Woodward’s quotes from John Kelly, Trump’s chief of staff, are stunning. He called the president “unhinged,” and apparently uttered this magnificent stream of consciousness in a group meeting:

“He’s an idiot. It’s pointless to try to convince him of anything. He’s gone off the rails. We’re in Crazytown. I don’t even know why any of us are here. This is the worst job I’ve ever had.”

Woodward writes that Priebus dubbed the presidential bedroom, where Trump obsessively watched cable news and tweeted, “the devil’s workshop,” and said early mornings and Sunday evenings, when the president often set off tweetstorms, were “the witching hour.”

Trump, for his part, described Priebus “like a little rat. He just scurries around.”

4. Trump mocked H.R. McMaster’s suits and said he looks like a beer salesman

He often mocked former national security adviser H.R. McMaster behind his back, puffing up his chest and exaggerating his breathing as he impersonated the retired Army general, and once said McMaster dresses in cheap suits, “like a beer salesman.”

Woodward writes that Trump called Sessions, a frequent target of his public ire, a “traitor” for recusing himself from the Russia investigation.

“This guy is mentally retarded,” he reportedly said. “He’s this dumb Southerner. … He couldn’t even be a one-person country lawyer down in Alabama.”

6. Trump demeaned Rudy Giuliani by describing him as a baby that got his diaper changed on live television

After the release of the Access Hollywood tape during the 2016 campaign, in which Trump bragged about groping women, Rudy Giuliani was one of the few surrogates that went on TV to defend him.

“Rudy, you’re a baby,” Trump said after Giuliani’s TV hit. “I’ve never seen a worse defense of me in my life. They took your diaper off right there. You’re like a little baby that needed to be changed. When are you going to be a man?”

After Syrian leader Bashar al-Assad launched a chemical attack on civilians in April 2017, Trump called Mattis and said he wanted to assassinate the dictator. “Let’s fucking kill him! Let’s go in. Let’s kill the fucking lot of them,” Trump said, according to Woodward.

Mattis told the president that he would get right on it. But after hanging up the phone, he told a senior aide: “We’re not going to do any of that. We’re going to be much more measured.” The national security team developed options for the more conventional airstrike that Trump ultimately ordered.

Cohn, a Wall Street veteran, tried to tamp down Trump’s strident nationalism regarding trade. According to Woodward, Cohn “stole a letter off Trump’s desk” that the president was intending to sign to formally withdraw the United States from a trade agreement with South Korea. Cohn later told an associate that he removed the letter to protect national security and that Trump did not notice that it was missing.

Cohen pulled a similar move when Trump was threatening to pull out of NAFTA.

9. Trump said his reluctant condemnation of white supremacists after Charlottesville was “the biggest fucking mistake I’ve made”

Trump was sharply criticized for initially saying that “both sides” were to blame. At the urging of advisers, he then condemned white supremacists and neo-Nazis, but almost immediately told aides, “That was the biggest fucking mistake I’ve made” and the “worst speech I’ve ever given,” according to Woodward’s account.

10. Cohn threatened to resign over Trump’s response to the Charlottesville rally, which Trump called “treason”

When Cohn gave Trump his resignation letter, the president accused him of “treason”, and convinced him to stick around.

Kelly had similar sentiments to Cohn. “I would have taken that resignation letter and shoved it up his ass six different times,” Woodward reports Kelly told Cohn.

11. Trump’s legal team desperately tried to convince Mueller that the president can’t sit through an interview without lying

John Dowd, Trump’s former lawyer, really did not want the president to testify to Mueller under oath.

According to CNN’s report on Fear, Woodward reports that Trump’s lawyers held a mock interview with Mueller to see how the president would fare.

Trump failed, and Dowd concluded he could not sit for an interview under oath with Mueller without committing perjury.

Per CNN, Dowd took that information to Mueller:

Then, in an even more remarkable move, Dowd and Trump’s current personal attorney Jay Sekulow went to Mueller’s office and re-enacted the mock interview. Their goal: to argue that Trump couldn’t possibly testify because he was incapable of telling the truth.

“He just made something up. That’s his nature,” Dowd said to Mueller.

To Trump, Dowd put it bluntly: “Don’t testify. It’s either that or an orange jumpsuit.”

Trump disagreed, assuring Dowd: “I’ll be a real good witness.” Dowd disagreed, and resigned the next day, per the Post.