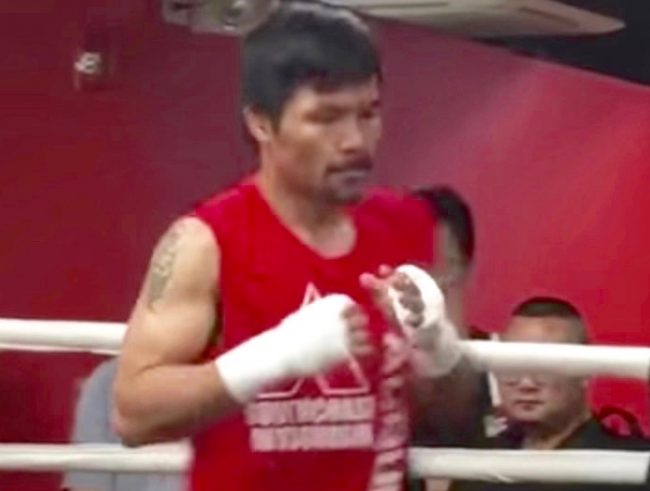 Manny Pacquiao, a sitting Senator in the Philippines, is totally on board with President Rodrigo Duterte‘s recent declaration of martial law as the nation battles ISIS-affiliated fighters in the city of Marawi.

According to AFP, the boxer not only backed the declaration while speaking with reporters on Monday, but also declared his strong support for the President himself.

“We need to be grateful because we have a firm, strong President who is fighting these problems,” Pacquiao said.

Duterte has drawn international condemnation for his handling of the country’s anti-drug campaign, in which, according to The New York Times, more than 4,000 people have been killed by police and vigilantes. He also made a rape joke last week in support of the new martial law declaration. (Pacquiao has come under fire for comments of his own in the past, once saying that gay people are “worse than animals,” a remark for which he later apologized.)

But Pacquiao, who won election to the nation’s Senate in 2016, is firmly behind Duterte and believes he is misunderstood.

“I know the president: he hates abusing the little people,” Pacquiao said. He added, “He really does not like it when the poor are abused.”

He added, “The President knows what he is doing. It is for the good of our country.”

Pacquiao is continuing his boxing career, despite holding high political office in a nation currently dealing with the crisis in Marawi, in which tens of thousands of people have fled. He is currently in training for a bout on July 2.