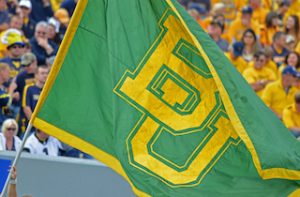 A Baylor University vice president, speaking out for the first time about how the University handled sexual assault allegations by at least 17 women against players from the Baylor football team, admitted that the campus police was culpable in helping to cover up at least one incident.

In an interview with 60 Minutes Sports, Reagan Ramsower — a senior vice president for Baylor — said that the police failed to respond to details of a 2013 gang rape case involving football players Tre’von Armstead and Shamychael Chatman for more than a year.

60 Minutes Sports correspondent ARMEN KETEYIAN: Here it is, and you’ll notice here Baylor University was contacted as part and parcel of the investigation of this incident report. Nothing ever happened for well over a year. I’m just wondering what happened there? Was there an investigation? And if not, why not? You have a police report.

The delay in the investigation allowed the players to remain on the active roster without punishment. Armstead was an all-conference tight end in 2014.

The 60 Minutes Sports report also includes an interview with Patty Crawford, who recently resigned as Baylor’s Title IX coordinator in protest of what she deemed to be a lack of cooperation in the sexual assault investigations. Crawford believes the problems at Baylor are institutional.

There were a lot of people like me at the university that did not want these things happening and were fighting for it but they didn’t have the power or the authority and they were not heard. That is institutional. What drives a culture? It’s the top. And that was the hardest thing for me to come to grips with, was after all of this– this report’s released, after all of this the discrimination became so clear even against me. That’s power and that’s control. Wh– what is rape about? Power and control.

Watch above, via Showtime. The complete report airs Tuesday at 8:00 p.m. ET/PT as part of a new episode of 60 Minutes Sports on Showtime.