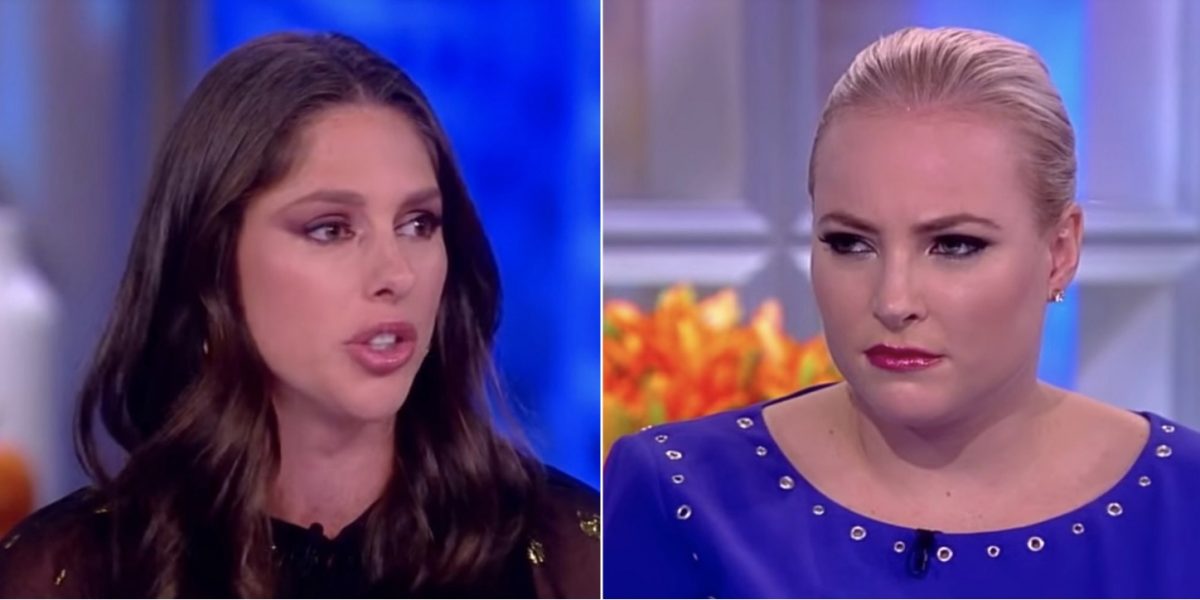 On Monday, The View co-host Abby Huntsman took to Twitter to show her support for co-host and friend Meghan McCain.

“Proud of my good friend @MeghanMcCain for staying so composed through this nonsense,” Huntsman wrote. “The McCain family doesn’t deserve it and neither does this great country. Leadership and decency may not matter on a reality show, but it sure as hell matters when you’re running the free world.”

Proud of my good friend @MeghanMcCain for staying so composed through this nonsense. The McCain family doesn’t deserve it and neither does this great country. Leadership and decency may not matter on a reality show, but it sure as hell matters when you’re running the free world.

Huntsman was referring to a series of nasty tweets sent out by President Donald Trump over the weekend.

On Saturday, Trump tweeted out this, calling out the late Senator John McCain:

Spreading the fake and totally discredited Dossier “is unfortunately a very dark stain against John McCain.” Ken Starr, Former Independent Counsel. He had far worse “stains” than this, including thumbs down on repeal and replace after years of campaigning to repeal and replace!

In response, Meghan tweeted out this, suggesting that the president will never be loved like her father.

No one will ever love you the way they loved my father…. I wish I had been given more Saturday’s with him. Maybe spend yours with your family instead of on twitter obsessing over mine? https://t.co/q7ezwmHiQ4

Yet, Trump was not done. On Sunday, he attacked the late Senator again on Twitter and even retweeted a supporter who tweeted at Meghan that Trump was more loved than her dead father.

So it was indeed (just proven in court papers) “last in his class” (Annapolis) John McCain that sent the Fake Dossier to the FBI and Media hoping to have it printed BEFORE the Election. He & the Dems, working together, failed (as usual). Even the Fake News refused this garbage!

Speaking out on The View on Monday, Meghan  said that when she saw Trump’s tweets, “I just thought ‘your life is spent on weekends not with your family, not with your friends but obsessing.’ Obsessing over great men you could never live up. That tells you everything you needed to know about his pathetic life.”

Have a tip we should know? t[email protected]