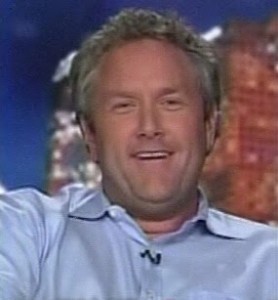 ABC News appears to have rescinded their previous offer to include Internet mogul and controversial opinionater Andrew Breitbart in their election night coverage. As we reported earlier, the decision to invite the the Big site proprietor and polarizing internet mogul to provide Election Day analysis for ABC News along with Big Journalism editor Dana Loesch, made many on the left predictably uncomfortable. Turns out that it was more than just those on the left who were uncomfortable.

We have spent the past several days trying to make clear to you your limited role as a participant in our digital town hall to be streamed on ABCNews.com and Facebook. The post on your blog last Friday created a widespread impression that you would be analyzing the election on ABC News. We made it as clear as possible as quickly as possible that you had been invited along with numerous others to participate in our digital town hall. Instead of clarifying your role, you posted a blog on Sunday evening in which you continued to claim a bigger role in our coverage. As we are still unable to agree on your role, we feel it best for you not to participate.

The inclusion of Mr. Breitbart was a bold, if not ill-fated decision made by ABC News executives. While it merited a lot of attention, one could argue that it was not the sort of attention that a venerable news outfit seeks.

Andrew Breitbart on Tuesday lashed out at ABC News for dropping him from the network’s election night coverage, saying ABC bowed to “left-wing pressure” from Media Matters and other organizations.

“This is about cowardice and caving in to what was an overwhelming onslaught by Media Matters, the Huffington Post, TalkingPointsMemo and Daily Kos,” Breitbart told POLITICO. “This is their bowing to left-wing pressure…They know they can do it at any time and ay place and ABC will bow to pressure.”