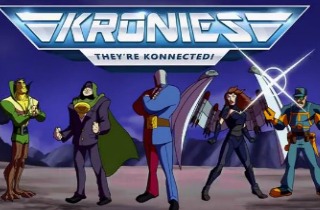 This may be the greatest populist political messaging campaign of all time.

Full disclosure: as a child of the late 1980s, this campaign awakens the inner child I thought I’d buried long ago. But it can speak to you, too. Via HotAir’s Allahpundit, meet “The Kronies.”

The Kronies, a set of action figures with their own hair metal theme song, zing the corporatism embraced by both parties. The action figures are a product of “Chimera Global Holdings, Inc.” which, as Allahpundit notes, has its own “clever and elaborate” webpage mocking the “too big to fail” culture which has come to characterize policy making Washington in the last half-decade.

The Kronies take on their “small business rivals, the entrepreneurs” who want nothing more than to steal the Kronies’ customer base. To thwart them, the team uses their influence to erect trade barriers, impose mandates, and rely on favoritism.

She’s “built from military parts manufactured in every voting district.”

“One minute, he’s bootleg liquor in your gas tank. The next, he’s coating your cornflakes.”

“You can be sure they’ll team up to raise trade barriers on their competition.”

He’s the leader of the Kronies and the figure with all the influence.

This is an extraordinarily compelling libertarian political message in an extremely clever package. Even if you disagree with the message, it’s hard not to acknowledge that this is brilliant vehicle.