The Badlands National Park’s official Twitter account sent out a few tweets this afternoon about climate change that have since been taken down.

With reports of multiple gag orders being issued by the Trump administration aimed at federal agencies, these tweets were particularly notable: 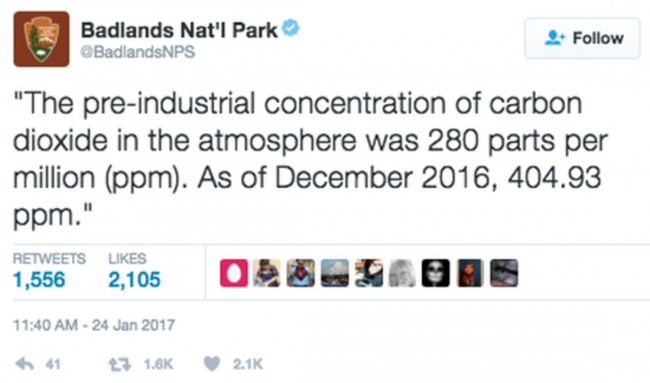 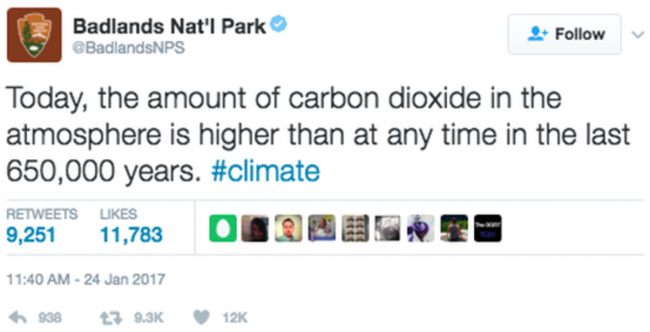 The tweets have since been taken down.

The DNC offered this reaction:

"Vladimir Putin would be proud."

The National Park Service tells me those @BadlandsNPS tweets were from a former employee and the account was “compromised." pic.twitter.com/RfmFSyebdG

A @NatlParkService official says those @BadlandsNPS tweets were posted by a former employee. Says the park chose to delete them.