Billy Crystal on Gay TV Storylines: Don’t ‘Shove It in Our Face’ 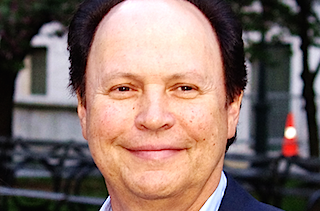 In comments reported by TheWrap at the Television Critics Association’s Winter press tour this weekend, Crystal said of LGBT storylines in TV these days, “Sometimes I think, ‘Ah that’s too much for me.'”

“Sometimes, it’s just pushing it a little too far for my taste and I’m not going to reveal to you which ones they are,” he added. “I hope people don’t abuse it and shove it in our face… to the point where it feels like an every day kind of thing.”

Crystal, who was at the event to promote his new Showtime series The Comedians, also described the challenges he faced playing Jodie, the “first recurring [gay] character on network television” in 1977.

“It was very difficult at the time… So, yeah, it was awkward. It was tough,” he said. “I did it in front of a live audience and there were times when I would say to Bob [Seagren], ‘I love you,’ and the audience would laugh nervously. I wanted to stop the taping and go, ‘What is your problem?’”

UPDATE — Jan. 20, 12:50 p.m. ET: Crystal attempted to clarify his remarks in a statement to The Hollywood Reporter, which also published a more comprehensive transcript of the exchange with reporters:

“What I meant was that whenever sex or graphic nudity of any kind (gay or straight) is gratuitous to the plot or story it becomes a little too much for my taste.”