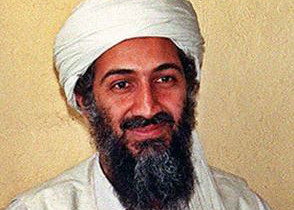 Among the cache of documents from Osama bin Laden’s bookshelf released to the public Tuesday is a curious letter, apparently written by the late al-Qaeda founder, enjoining the American people to undertake a “great revolution for freedom,” liberating the then-recently inaugurated President Barack Obama from the chokehold of lobbyists, allowing him to take action against both corporate control and climate change.

The letter, which is unsigned but the Office of the Director of National Intelligence attributes to bin Laden, is addressed “to the American people […] specifically to those who support real change, especially the youth.” The main topic of the letter, bin Laden wrote, “is the overwhelming control of capital […] and its effect on the ongoing war between us.”

The letter is undated, but references to current events place its writing early in Obama’s first term.

The somewhat disjointed address touches on a wide range of topics, including a court decision (possibly the January 2010 Citizens United Supreme Court ruling), which he described as a “decision by the court in favor of corporations to intervene in the political arena” and “not [a victory] for the American people except for the big corporations.”

In the letter, bin Laden blamed the “tyranny of the control of capital by large companies” for the 2007-2008 economic crisis. “Your financial system in its totality was about to collapse within 48 hours had not the administration reverted to using taxpayer’s money to rescue the vultures by using the assets of the victims,” he wrote.

Rampant capitalism, he argued, was also to blame for the Iraq War and the United States’ unflagging support of Israel:

The letter asserts that the then-new administration of President Obama was unlikely to effect a change in policies, noting the insidious influence of lobbyists in American politics, and the adverse effect corporate interests have on national security and the American economy at large:

The course of the policies of the present administration in several areas clearly reveals that whoever enters the White House, even with good intentions to safeguard the peoples’ interest, is no more than a train operator. His only task is to keep the train on the tracks that are laid down by the lobbyists in New York and Washington to serve their interests first, even if it is counter to your security and economy. Any president who tries to move the train from the lobbyist’s tracks to a track for the American people’s interests will confront very strong opposition and pressures from the lobbyists.

As the letter goes on, bin Laden explains the need for a “great revolution” to release President Obama from corporate control in order to take action on climate change:

The way for change and freeing yourselves from the pressure of lobbyists is not through the Republican or the Democratic parties, but through undertaking a great revolution for freedom: not to free Iraq from Saddam Hussein but to free the White House and to free [President Barack Obama] so he can implement the change you seek. It does not only include improvement of your economic situation and ensure your security, but more importantly, helps him in making a rational decision to save humanity from the harmful [greenhouse] gases that threaten its destiny.

Osama bin Laden’s concern about climate change was also apparent in documents made public last May.

The letter was among the documents seized from bin Laden’s compound in Abbottabad, Pakistan by Navy SEALs Team Six in 2011 during the same operation in which the mastermind behind the 9/11 attacks was killed. It was translated into English from the original Arabic, submitted to lengthy interagency review, declassified, and made public Tuesday by the Office of the Director of National Intelligence. It is the second tranche of such documents to be declassified and released. The first batch was released last May; the next is expected to be released later this year.

The letter signs off by advising that, “The United States shall pay for its arrogance with the blood of Christians and their funds.”