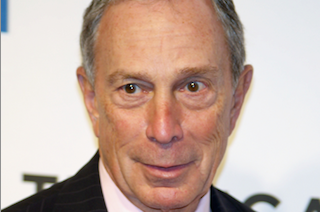 On Monday, Bloomberg’s Everytown for Gun Safety group released a questionnaire consisting of 10 questions it will used to determine candidates it plans to support in the 2014 midterm elections. Bloomberg has previously vowed to spend $50 million of his own money this year to pressure Congress to take action on gun safety issues.

“People deserve in this country to know where candidates stand on reasonable gun measures,” John Feinblatt, the president of Everytown and a senior policy adviser to Bloomberg told The Washington Post. “For too long, the gun lobbyists had the field to themselves.”

The questions include seeming no-brainers like, “Do you support a law that would close the ‘terror gap’ and block people listed on the federal government’s terror watch lists from buying guns?” But they also delve into more controversial territory like, “Do you support banning the sale of high capacity ammunition magazines, or magazines that hold more than 10 bullets at a time?”

As the group says on its website, “Unlike the NRA, we’re making our questionnaire available to the public. And we’re asking our supporters to take the questionnaire to see how easy it is for candidates to make their positions clear.”

You can take the survey yourself below, via gunsensevoter.org: