Brent Bozell is Right: Something Should Be Done to Keep Kids From Watching Sons of Anarchy

Brent Bozell is Right: Something Should Be Done to Keep Kids From Watching Sons of Anarchy 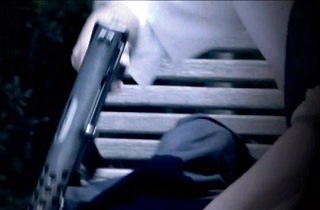 Twice in one day, I am forced to agree with a conservative media figure, but when they’re right, they’re right. Media Research Center honcho and tracker of openly gay gays Brent Bozell is in a feud with Sons of Anarchy screenwriter Kurt Sutter over the show’s use of a school shooting as a plot device. While SOA’s final handling of the plot remains to be seen, so far it really does play like a cheap shock, but more importantly, Bozell is absolutely right that there ought to be some action taken “on behalf of the children watching.”

Bozell wrote a column denouncing Sons of Anarchy‘s season 6 premier for “milking a fictional Catholic school shooting for commercial gain,” an argument that has critical merit, if nothing else. The consequences of the school shooting are viewed, at least in the first few episodes, only as cheap plot complications. Sutter may eventually pull off the writing miracle of making the shooting pay off as dramatically as it should, but nothing in SOA‘s previous five seasons indicate that he will. The show began as a well-produced, white-washed examination of morally ambiguous bikers, but has devolved into melodramatic torture-porn.

There’s nothing wrong with that, as far as it goes, and Sutter is right to bristle at censorship, and to defend his own creative freedom. Bozell, though, could not be more correct when he urges readers to think of the children:

Back in Newtown, Connecticut, school superintendent John Reed sent an e-mail to parents and staff members prior to the episode being aired on FX to warn that the episode would feature the mass shooting. “While you don’t see the visual impact of this, you will hear the shots and cries from the victims,” he wrote.

So where are the Newtown-exploiting politicians on violent entertainment now? Where is the outrage at FX on behalf of the children watching? Don’t think that a splashy season premiere that draws eight million viewers doesn’t have thousands and thousands of children watching someone their own age blow away his schoolmates.

Meanwhile, Michelle Obama preferred to attack the people who promote unhealthy snack food to children. Kurt Sutter is fine, but the marketers of Froot Loops and Twinkies are the Evil Empire. See if her tone doesn’t apply to the marketers of extreme TV violence: “Whatever we all might believe about personal responsibility and self-determination, I think we can all agree that it doesn’t apply to children,” the First Lady said. “Through the magic of marketing and advertising you all have the power to shape our kids tastes.”

Indeed, Brent, where are all of the Holly-WEIRD hypocrites and First Ladies and DemocRAT activists trying to keep kids away from violent TV shows and video games? They’re all in a time machine, accomplishing that goal thirteen years ago:

Since January 1, 2000, the Federal Communications Commission (FCC) has required all new television sets 13 inches or larger to contain a V-chip. You can usually tell whether your television has a V-chip by looking at the packaging. If you no longer have the packaging, V-chip-equipped televisions will have the V-chip option displayed on the menu.

That federally-required V-chip (the “V” is for “violence”) allows parents to program their television to block movies and TV shows based on the content ratings, which delineate violence in programs for children as young as 7 years old. The FCC has also studied ways to help parents block content on other media platforms.

The V-chip law is as far as the government can go, because the Supreme Court has been very clear about what constitutes protected speech, including videogames. Justice Antonin Scalia wrote the majority opinion in a 2011 Supreme Court case which found that videogames are protected by the First Amendment.

Now that we’ve cleared that up, maybe Bozell can devote his time to something more useful, like doing something about the real guns that kill real children, rather than the fictional ones that the law already protects kids from.