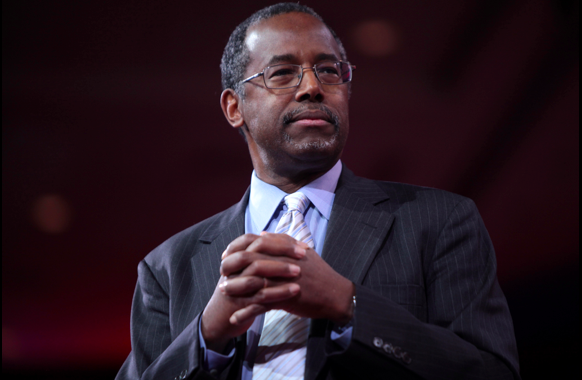 At a rally at the University of South Alabama Thursday, Ben Carson blamed the media for taking his comments out of context, referencing a suggestion he made earlier in the day that terrorists who embed themselves with Syrian refugees are like “rabid dogs.”

In a botched metaphor, Carson told reporters “if there’s a rabid dog running around in your neighborhood, you’re probably not going to assume something good about that dog,” adding that it’s sensible to “call the humane society” to have the dog removed. By the same token, Carson said “it’s foolish for us to accept people if we cannot have the appropriate type of screening.”

Several news outlets picked up on the line, but Carson told the Alabama crowd that the criticism is unwarranted. “What did the news media do?” Carson asked, mocking the media for claiming, “Carson said ‘the Syrians are like rabid dogs!'”

“This is the type of thing that they do. Fortunately, it only works on gullible people,” Carson said. “But the problem is there are a lot of gullible people.”

Later in the speech, Carson knocked the media and liberal progressives. “The secular progressive movement in this country does not like Judeo-Christian values,” Carson said, repeating a line he’s used several times on the campaign trail. “It does not like the people who have them.”

Carson added that the Judeo-Christian values “that led this nation to the pinnacle of the world in record time are at stake.”