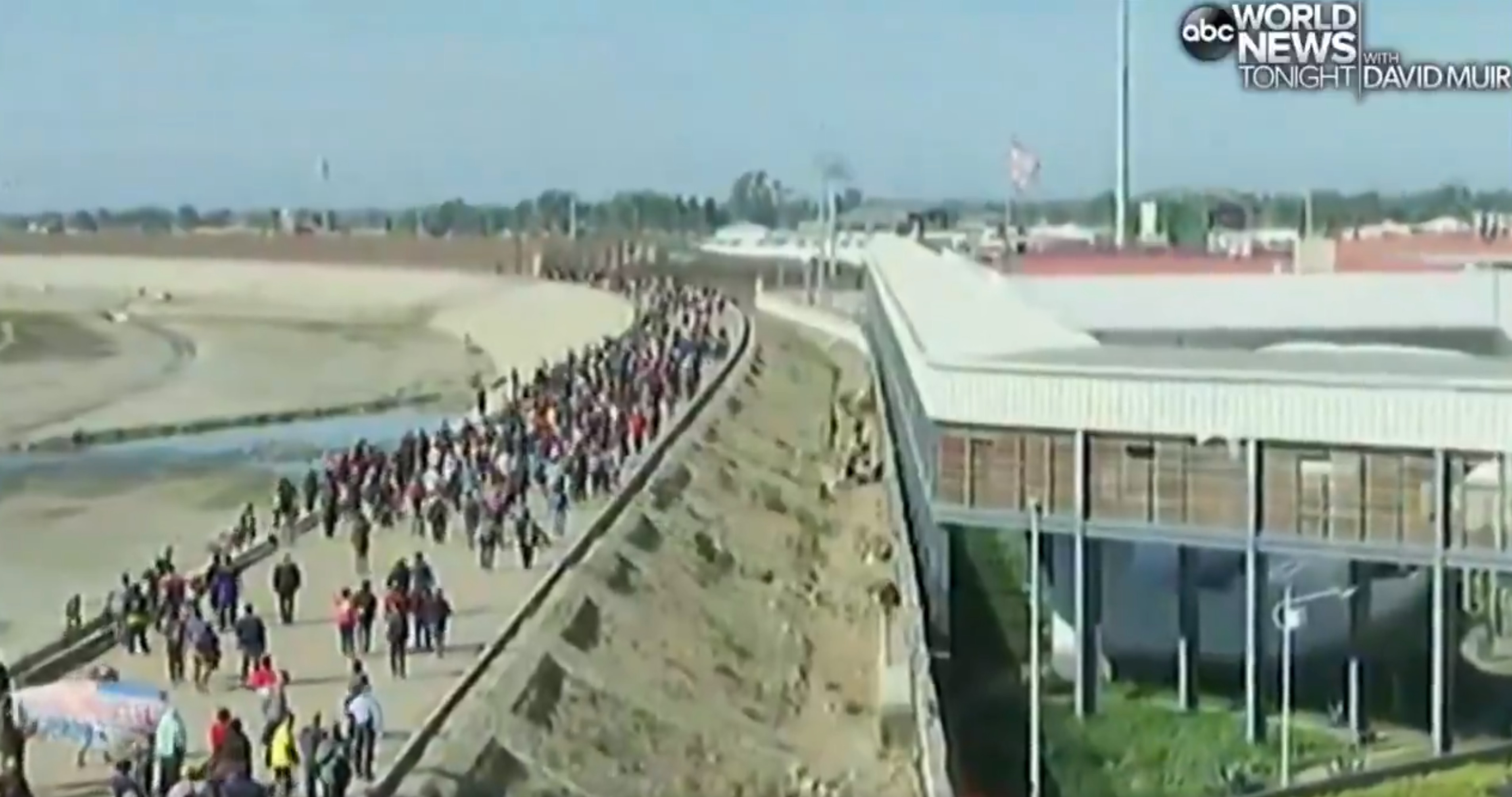 In response to migrants gathering at the southern border in hopes of entering into California, U.S. Customs and Border Protection shut down a major San Diego port Sunday.

According to CNN, road and pedestrian bridges were closed going both directions at the port of entry in San Ysidro, one of the biggest connecting the U.S. and Mexico.

Earlier in the day, one journalist on the ground captured footage of migrants attempting to rush the border from Tijuana.

There are also reports of rocks being thrown just prior to the “shot bang.”

Here’s moment right before shot bang. You can see some rocks being thrown. pic.twitter.com/p0M9p7Rx4G

Matters appear to have since escalated, one Associated Press reporter tweeting that tear gas had been shot into the crowd, causing the wind to carry it “hundreds of yards” as parents were seen “running away with choking toddlers.”

US Border Patrol has just launched tear gas into Mexico. Breeze carrying it hundreds of yards. Parents running away with choking toddlers. #migrantcaravan

A migrant family, part of a caravan of thousands traveling from Central America en route to the United States, runs away from tear gas in front of the U.S.-Mexico border wall in Tijuana, Mexico.

The border chaos comes just hours after President Donald Trump tweeted that morning again accusing Democrats of creating immigration issues, arguing it “Would be very SMART if Mexico would stop the Caravans long before they get to our Southern Border, or if originating countries would not let them form.”