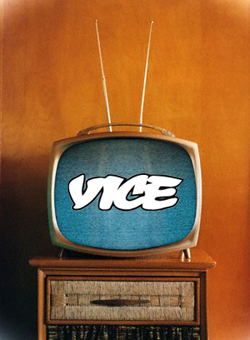 CNN’s overarching mission is to add a wider variety of voices and perspectives to their coverage, partly as a result of the success of CNN.com’s Freshman Year series, in which two first-time Congressmen traipsed around Capitol Hill with handheld video cameras, documenting their experience first-hand.

“Indie Asia” will air its first episode tomorrow, while VBS.tv published its first video today, Part 1 of 8 in “The Vice Guide to Liberia.” Reminiscent of CNN and Anderson Cooper’s stellar coverage of the crisis in Haiti, VBS.tv’s reporting is raw, powerful and intense, covering “war, politics, economic turmoil and sweeping global havoc on every front.” CNN editors describe reporter (and co-founder) Shane Smith’s coverage as a “transparent” experience, in which “viewers are taken on every step of the reporting process.”

You can check out VBS’s first video here or at http://www.cnn.com/VBS:

Each episode will include photographs, video and first-person narrative, so CNN and VBS will have the potential to create some really unique, rich new media that strays from more traditional journalism. Considering that CNN has retired much of its opinion-based commentary, leaving FOX and MSNBC to take the glory, it’s important for the station to cement its role as a source of innovative, in-depth coverage. And by giving VBS and Handsome Fur their stamp of approval, CNN is saying that independent media will play an integral role in this future. Hipster Runoff, you better get ready.