‘Congratulations to Milo on His New Job at Fusion’: Twitter Responds to Milo’s Resignation

‘Congratulations to Milo on His New Job at Fusion’: Twitter Responds to Milo’s Resignation 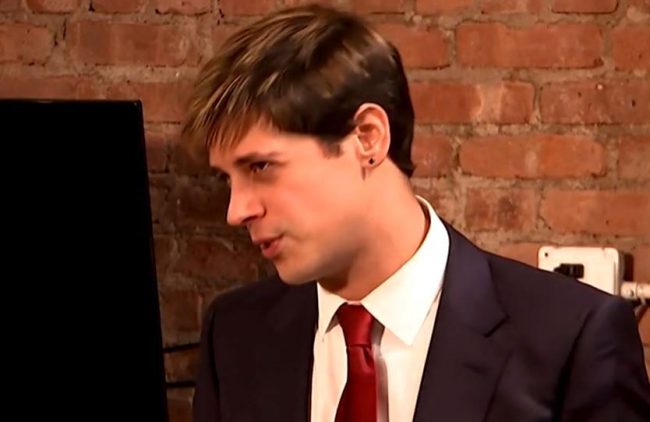 It didn’t take long for Twitter to explode over the news of Milo Yianopoulos’s resignation as Breitbart tech editor.

He wants to be a non-political celebrity personality. #Milo

The right getting praise for taking a stance against pedophiles and anti-semitism – the bar is at an all time low.

I wonder how many people have reported Milo Yannopoulos to ICE since he’s now an unemployed freeloader in this country.

Reminder— Milo just resigned from the alt-right website that used to be run by Donald Trump’s current chief strategist.

Milo is almost bigger than Breitbart at this point.

Congratulations to Milo on his new job at Fusion.

Milo is leaving to spend more time with his Pepe.

really want to make sure the name milo is restored to its rightful owner pic.twitter.com/I8D5jI991d

Milo thinks “don’t be a huge asshole” is an oppressive social restriction, I guess?

The snippet of Milo’s press conference I watched said the U.S. is repressive on free speech, which is funny coming from a Brit.

There were some, though, who still came to Yiannopoulos’s defense.

43. You see Milo is what happens when liberalism takes hold. He is a product of liberal corrosion. Liberals own….that.

I knew the min I saw the attack on #Milo #miloyiannopulos that he’s being taken down. This is a coup to deflect from the REAL PEDOS!

I don’t share your love of Milo but the media sure seems to relish pummeling a victim of man in child rape. @Cernovich

I support Milo. Block me if you want.

And some didn’t limit their vitriol to just Yiannopoulos; they went after Breitbart, as well.

I bet money that Briebart gave Milo a nice severance package to go away.

It seemed as though even the dictionary people at Miriam-Webster even wanted to get in on the action.

A popular lookup on our site, ‘schadenfreude’ refers to the joy you might feel at another person’s pain. https://t.co/NEGz6KiFQf

Yiannopoulos’s resgination comes after the firebrand was slated to speak at the Conservative Political Action Conference (CPAC), a video of him discussing pedophilia made the rounds on Twitter and earned pretty widespread condemnation.

Responding to the outcry and insisting that he has an “utter disgust [for] adults who sexually abuse minors” Yiannopoulos acknowledged that “these videos, even though some of them are edited deceptively, paint a different picture.” Not long after that publisher Simon and Schumer reneged on their contract with the provocateur to publish his book, Dangerous.