Conservative Bloggers Loved The CBO Before They Hated It

Conservative Bloggers Loved The CBO Before They Hated It 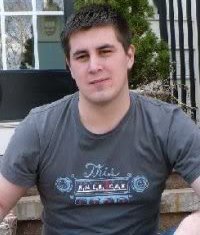 The Congressional Budget Office released its preliminary estimate of the Senate health care bill yesterday and found that the bill would reduce the deficit by $130 Billion in the first 10 years and $1.2 trillion in the second 10 years. Upon the report’s release, conservative bloggers and pundits began trying to discredit the CBO, saying that the office allows Democrats to cook the numbers and its estimates are often not a good indicator of reality.

If the CBO is so unreliable, then these bloggers wouldn’t cite it uncritically when it favors their positions, right?

This only comes as news to people who haven’t worked in the private sector, of course — which means the entirety of the Obama administration and most of the Democratic leadership in Congress. It takes a CBO analysis for them to understand that increasing costs on businesses means increasing costs on their customers — or forcing them out of business altogether. This time, the CBO explains the impact of raising fees on financial institutions to the clueless.

They insist that people will not see a reduction in benefits in the future in Medicare, and that these cuts strengthen the system for the future. The CBO’s letter shows that cuts to the budget will have to result in cuts to the system and benefits if Congress intends on using the money to pay for other efforts.

The Washington Post comes closer to the real problem with any CBO analysis, which is that the bill attempts so many changes that a comprehensive analysis becomes almost impossible to make. Analysts start having to make a compounding series of assumptions that could well prove false, which would result in unpredicted outcomes.

The Congressional Budget Office admits its fiscal evaluation is “preliminary,” and others call the numbers “phony.”

A new analysis of potential stimulus options from the Congressional Budget Office concludes that cutting employer payroll taxes would provide a bigger boost to GDP and employment than a similar cut in employee payroll taxes.

The result of the narrow age-rating band in the House would be to raise costs for the young and healthy and make them less likely to sign up. CBO also finds that the House bill’s greater subsidies for out-of-pocket costs would be more attractive to less healthy individuals.

The Congressional Budget Office’s preliminary “score” says the health care overhaul will cost $940 billion over the first 10 years, saving $138 billion over that time. But the CBO must assess legislation as written, rather than whether it will actually be carried out. Or, as the Economist put it, “The CBO is required to pretend to believe many impossible things before breakfast.”

My syndicated column today torches President Obama’s fiscal freeze follies. A new CBO reports says the year-old Porkulus will now cost $75 billion more than originally estimated. Which is why the White House is scrambling to de-emphasize its spending discipline pose and talk about something else.

Related news from the CBO this morning [she then block quotes a report that states, “The latest congressional budget estimates due Tuesday predict a $1.35 trillion deficit for this year, a top Capitol Hill aide says.”]

The poor number-crunchers have been working overtime as Speaker Pelosi and the Dems have re-jiggered and re-jiggered to meet farcical fiscal discipline goals. It’s Enron-style accounting and everyone knows it.

Update: At a press conference to trumpet the preliminary numbers that Dems are treating like definitive Scripture, Pelosi proclaims: “I love numbers. They’re so precise.”

Simon Owens runs Bloggasm, a blog “that focuses on the media, with an emphasis on online media and journalism.” you can follow him on Twitter here.