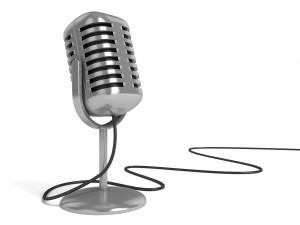 Talk radio host Charlie Sykes admitted in an interview with Business Insider‘s Oliver Darcy that conservative media had “created a monster” in successfully making an entire segment of conservative voters immune to reason and fact-checking.

In an excerpt from an interview with Darcy posted on Twitter Sunday, Sykes discusses how the conservative media had established itself for decades as an antidote to the “mainstream media,” educating generations of viewers to view the major media outlets with suspicion. The result was that there was no longer anyone in a position to fact-check Donald Trump in a way that would reach his base. “We’ve basically eliminated any of the referees, the gatekeepers. There’s nobody,” Sykes said.

“At a certain point you wake up and you realize you have destroyed the credibility of any credible outlet out there,” he added. “And I am feeling, to a certain extent, that we are reaping the whirlwind at that. And I have to look in the mirror and ask myself, ‘To what extent did I contribute?'”

Interviewed @SykesCharlie recently for story on conservative media I’m working on. Worth reading what he had to say pic.twitter.com/cqsVOabG7Q

The quotation got an enthusiastic response on Twitter from journalists and media figures across the political spectrum, praising Sykes for his candor.

.@SykesCharlie The question is whether it is actually possible to establish legitimate arbiters of truth. https://t.co/vSarUGtlHJ

There’s an entire chapter of Twilight of the Elites devoted to this very thing. https://t.co/joxbmbifta

I don’t like the role @SykesCharlie played in promoting Scott Walker but this is very profound. Thanks. https://t.co/Jt50Kq6SOy

Must read. Seriously. Stop what you are doing and read this now. https://t.co/DPhstfyan0

I have been waiting for this to land on the right since October 2004. pic.twitter.com/hUXHk4BYIc From @oliverdarcy‘s interview of @SykesCharlie

Anti-Trump conservative commentator Erick Erickson responded to Sykes’ comments with a sympathetic post on The Resurgent, in which he wrote in part: “Conservatives have spent years calling out the mainstream media for making up stuff about the right. We do ourselves no favors if we do not also hold our own side accountable lest they discredit us all and drive our own side to the brink of dementia.”