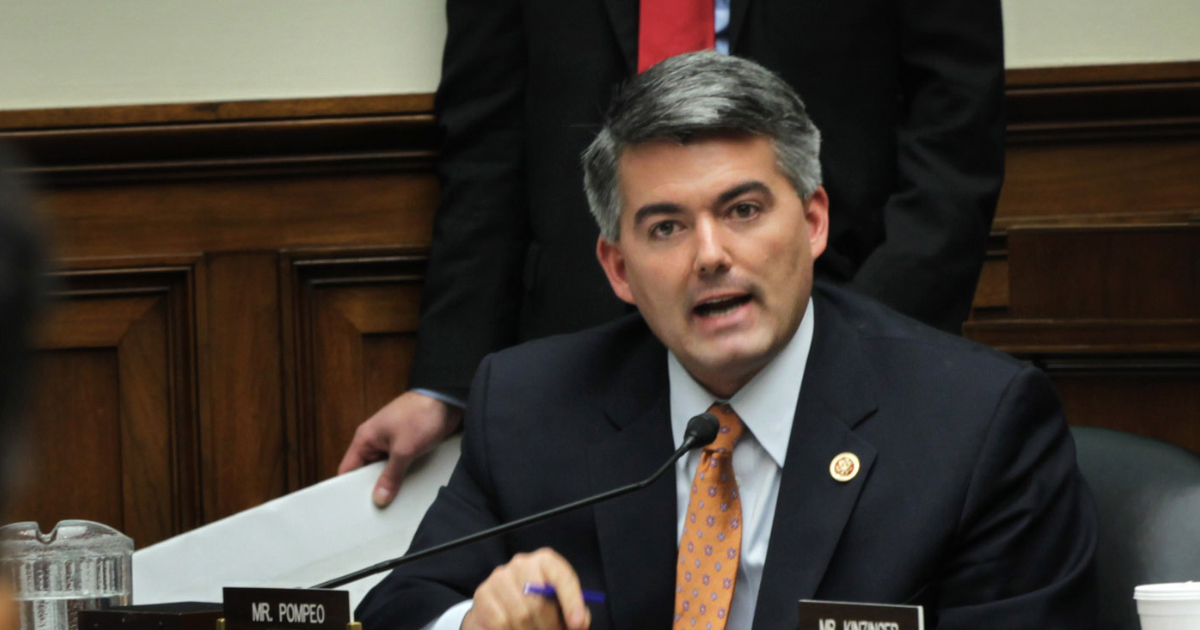 Amid a mixture of celebration and outrage over the confirmation of Supreme Justice Brett Kavanaugh, Sen. Cory Gardner‘s (R-CO) wife reportedly received a disturbing text message including a video of an apparent beheading.

The senator told Fox News about the harassment targeting spouse Jaime Gardner on Sunday, which he said occurred after he voted for the newly minted justice, stating also that the his family members’ names and addresses were posted publicly.

Amid Kavanaugh furor & threats to mbrs, Sen. Cory Gardner (R-CO) tells Fox that his wife received a text with a video attachment showing a gruesome beheading. Someone has has also released the names of and addresses of his family members.

Gardner made clear his decision to back Kavanaugh during the summer, announcing Friday that he would vote in his favor and adding that “no evidence was found by the FBI to corroborate the allegations made against him or to make me change the support I announced for him in July.”

Discussing sexual assault allegations leveled against Kavanaugh by Christine Blasey Ford, Gardner simply said, “We live in a country where both sides should always be heard. Victimized women that come forward are brave and courageous. Every victim of abuse, assault, and violence has been through an unspeakable tragedy and we need to do a better job listening to them, ensuring support is available, and fighting to end abuse of any kind. I hope that the partisan divide we all feel today does not hinder the people that have bravely come forward.”