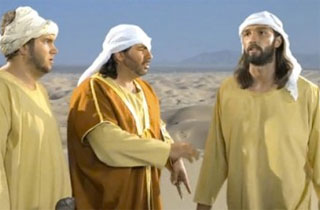 An appeals court today reversed a lower court’s decision compelling YouTube to remove the controversial film Innocence of Muslims, saying that such an act was a violation of the First Amendment.

The film, a 13-minute “trailer” created by Nakoula Basseley Nakoula in 2012, sparked outrage among the Muslim community for its depiction of the prophet Muhammad as a pedophile and a murderer, and for a time was thought to be the cause of the attacks against the American embassy in Benghazi, Libya.

The initial lawsuit had been filed by Cindy Lee Garcia, one of the actresses in the film, who said that she had no idea that her film was about Islam. (Her lines in the film had been dubbed over and replaced with: “Is your Mohammed a child molester?”). Garcia claimed that as a result of the film, she received death threats and demanded that YouTube remove the film; a three-judge panel on the Ninth Circuit Court of Appeals initially sided with her claim. A year later, the entire eleven judge panel revisited the decision and reversed it.

In the opinion, written by Judge M. Margaret McKeown, they based their ruling on Garcia’s specific claim — that she held a copyright to her five seconds of performance, and that YouTube was violating that copyright by hosting the movie without her permission. The :

As Garcia characterizes it, “the main issue in this case involves the vicious frenzy against Ms. Garcia that the Film caused among certain radical elements of the Muslim community.” We are sympathetic to her plight. Nonetheless, the claim against Google is grounded in copyright law, not privacy, emotional distress, or tort law, and Garcia seeks to impose speech restrictions under copyright laws meant to foster rather than repress free expression. Garcia’s theory can be likened to “copyright cherrypicking,” which would enable any contributor from a costume designer down to an extra or best boy to claim copyright in random bits and pieces of a unitary motion picture without satisfying the requirements of the Copyright Act. Putting aside the rhetoric of Hollywood hijinks and the dissent’s dramatics, this case must be decided on the law.

In addition, the takedown order was a straightforward violation of the law and the First Amendment, McKeown wrote. “The mandatory injunction censored and suppressed a politically significant film — based upon a dubious and unprecedented theory of copyright,” she argued. “In so doing, the panel deprived the public of the ability to view firsthand, and judge for themselves, a film at the center of an international uproar.”

[h/t The Hill]
[Image via screenshot]