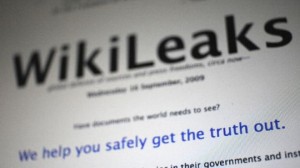 Frank Rich is frustrated. He is clearly annoyed that the Wikileaks release of almost 92,000 pages of documents related to the war in Afghanistan has not become more of a rallying cry to end that military effort. Or more specifically, he is seeking to reassure those hoping it will ultimately have that impact, to be patient.

In today’s New York Times, he writes: “As the president conducts his scheduled reappraisal of his war policy this December, a re-examination of 1971 might lead him to question his own certitude of what he is fond of calling “the long view.” But of course, what Rich really means is that it’s maddening to him that this disclosure of information is –not– having that sweeping effect. “Last week the left and right reached a rare consensus. The war logs are no Pentagon Papers,” Rich wrote ruefully. So there began Rich’s effort to equate two very different leaks of information about two wholly different wars.

It is a nice narrative and an interesting read, but when Rich leaps on the rhetorical springboard here, the dive becomes somewhat disastrous. About Daniel Ellsberg (who leaked the Pentagon Papers in 1971), Rich writes: “What Ellsberg’s leak did do was ratify the downward trend-line of the war’s narrative. The WikiLeaks legacy may echo that. We may look back at the war logs as a herald of the end of America’s engagement in Afghanistan just as the Pentagon Papers are now a milestone in our slo-mo exit from Vietnam.” This hardly veiled effort by Rich to piggyback on Ellsberg’s widely lauded efforts fall flat after even a cursory examination of the two situations.

The Pentagon Papers were drafted in response to a request from the Secretary of Defense seeking definitive conclusions about the war he was overseeing. The Vietnamese conflict was dragging on and secretary Robert S. McNamara wanted answers to the most fundamental of questions: how did we get here and why are we there at all? The answers, provided in the form of the Pentagon Papers, demonstrated that five administrations had at best shaded the truth, and at worst completely obscured it. The Wikileaks documents, on the other hand, were military documents written by those in the field describing primarily military assessments and sometimes embarrassing setbacks that both the Bush and Obama administrations had not made public. They provide specifics as to certain failures, what can be best characterized as anecdotes. The Pentagon Papers, on the contrary, offered a historically rooted response to the ultimate question: Should we be there at all?

Sure, both were about wars, and both revealed information that administrations did not want made public. But its obvious why both sides of the political spectrum have, in Rich’s words, reached a “rare consensus.” Because, unless one is seeking to use this leak as a sword to end all American military involvement in Afghanistan, as Rich clearly is, the comparison fails. Think about comparing a dossier of private emails to a researched essay. While they are ostensibly both written documents, they hold very different reasons for being and play very different roles in the communication of ideas.

This, of course, does not change the reality that serious questions must be asked about our ongoing effort in Afghanistan. The disclosures expose military setbacks and additional problems with Pakistan, in particular. As troubling as that is, it does not change the fact that, unlike the Vietnam War, there is no question about –why– we are in Afghanistan in the first place. Every major political figure of both parties has long agreed that military action had to be taken in Afghanistan after 9/11 as the Taliban continued to protect those directly responsible for the attacks on the United States. Nothing similar can be said of the war in Vietnam.

Does that mean that nine years later we must continue this level of military involvement there? Of course not. The extent of our military commitment is a separate and distinct question but it is disingenuous to appear almost baffled about why we are there at all. And even more so to then compare it to a war that was, at best, an effort to thwart a highly theoretical threat as opposed to one that was a direct retaliation for acts of aggression against the U.S.

In fact, seen purely through the prism of the leaks themselves, this one is far more perilous. While these Wikileaks documents were deemed “secret” as opposed to “top secret,” the Pentagon Papers were an already three year-old historical review when leaked. The Wikileaks documents are from just last year and it now publically names names. Taliban leaders have already threatened to retaliate against those Afghans mentioned in the documents who helped the U.S. effort. Furthermore, in 1971, The New York Times and Washington Post took great care when publishing the Pentagon Papers to work with the administration to retract particularly sensitive information that could threaten national security. While the Times appears to have done so this time around as well, the full documents are now readily available on the web.

Rich wrote that it was time to “inject a little reality into the garbling of Vietnam-era history,” but in the process he conflates two dissimilar leaks about two even more dissimilar wars and himself ends up garbling the very reality he sought to illuminate.