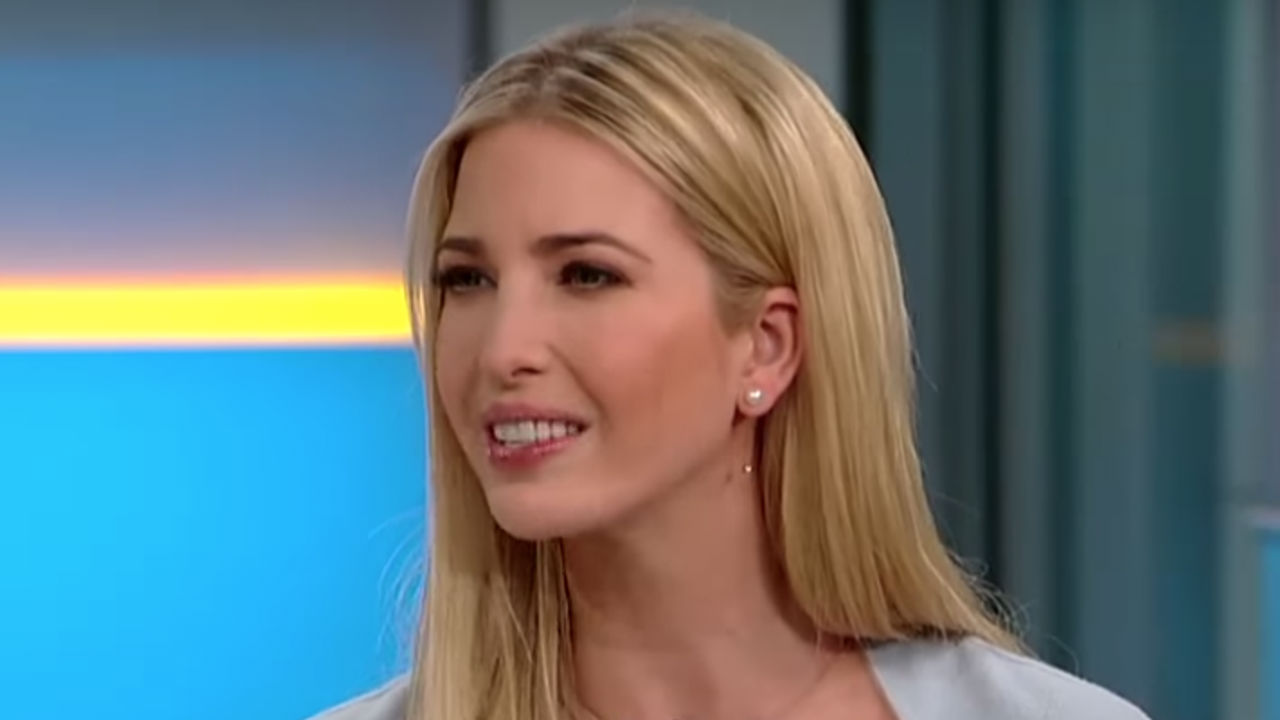 The exhibit, (flagged by, among others, The Federalist), invites “the public” to throw crumbs at a lookalike of First Daughter Ivanka Trump as she vacuums the pieces from a pink carpet floor, dressed in pink and wearing high heels. Exhibit guests are able to reach into a giant mound of crumbs set on a white pedestal for the exercise.

“Inspired by a figure whose public persona incorporates an almost comically wide range of feminine identities – daughter, wife, mother, sister, model, working woman, blonde – Ivanka Vacuuming is simultaneously a visual celebration of a contemporary feminine icon; a portrait of our own relationship to that figure; and a questioning of our complicity in her role-playing,” according to a press release.

The performance art piece, free and open to the public, and even accessible via livestream, intends to “sexualize” the First Daughter while simultaneously “celebrating” her as a “feminine icon” who continues to keep a calm demeanor even after she is thrown hardships and criticisms.

“Here is what’s complicated: we enjoy throwing the crumbs for Ivanka to vacuum. That is the icky truth at the center of the work. It’s funny, it’s pleasurable, it makes us feel powerful, and we want to do it more,” said the art exhibit’s creator, Jennifer Rubell, in a statement. “We like having the power to elicit a specific and certain response. Also, we know she’ll keep vacuuming whether we do it or not, so it’s not really our fault, right?”

Rubell is herself a performance artist based in New York City. The exhibit will take place Friday evenings in D.C.’s Flashpoint Gallery.