Marijuana | Marijuana Legalization | how do you roll a joint 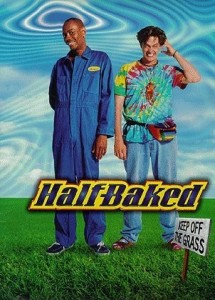 I was going to write an post on this fascinating study that predicts that, if Proposition 19 passes and recreational marijuana use is legalized in California, prices of the drug will plummet. I was going to write that until I noticed one of my biggest current pet peeves. Why the heck does every single article or news segment about marijuana legislation have to feature a terrible pun? What is it about weed that makes otherwise legitimate journalists suddenly think they’re writing for Leno?

In the defense of the CBS article, it wasn’t the writer who made the terrible pun but actually one of the people quoted within. However, the joke is so forced that it kind of made me want to claw my eyes out.

“‘Overall, this report casts more smoke than light on the issue , but that is in the nature of any academic study where so many basic facts remain in dispute,’ Gieringer said.”

Get it? Smoke! Like the smoke from marijuana! Get it? Get it?!

Ugh. Do a Google News Search for the word “marijuana” and you’re going to come up with a ton of articles saying things like, “Prop. 19 is going to make weed laws go up in smoke!” or “Taxing the drug is sure to bring a whole lot of green to the state of California!” And it won’t just be articles from High Times that do this. And the cable news channels are even worse!

Who cares, right? So news people make bad jokes, that’s not really anything new. The difference here is that marijuana use is supposed to be illegal in the country. Try to think of another crime where reporters feel absolutely obligated to make a pun every time it comes up. Something tells me you’re never going to hear the following sentences coming out of your TV:

“Coming up on Fox News, a killer story about a triple homicide!”
“Next on MSNBC, buckle up because we have video of a terrible drunk driving crash!”
“Top story for the night, we are about to force you to hear about a serial rapist!”

So here’s my proposal; either we just legalize the damn thing already and, if we’re not going to do that, we stop treating it like a joke in the news. Because, right now, it’s not a joke, it’s a crime.

And your jokes are terrible.

Final Point: I’m just as guilty as everyone else. I’ve written two posts on the subject for Mediaite, one used the word “bummer” and the other used the phrase “whoa, dude.” Reading those now really just annoy me. You could say, reading them totally harshes my buzz. Or you could not say that. Please don’t say that.