Don Lemon to Mizzou Students: If You Want a Safe Space, ‘Don’t Leave the House’ 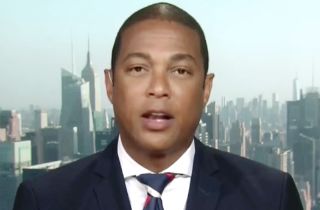 Two days after praising the University of Missouri football team for forcing out its president, CNN host Don Lemon returned to the issue to reproach Mizzou students for clashing with reporters and setting up “safe spaces” to avoid difficult conversations.

“…[T]he only issue I have with what happened at the University of Missouri is their vigorous effort to squash freedom of speech and freedom of the press,” Lemon said on The Tom Joyner Morning Show. “That is a very dangerous road that no one should want to go down.”

“Mizzou has one of the most well-respected journalism programs in the country,” he continued. “Students there should know that in America, a country with a free and open press, that it is dangerous to deny anyone that freedom. In fact, it’s un-American.”

Listen above, via The Tom Joyner Morning Show.