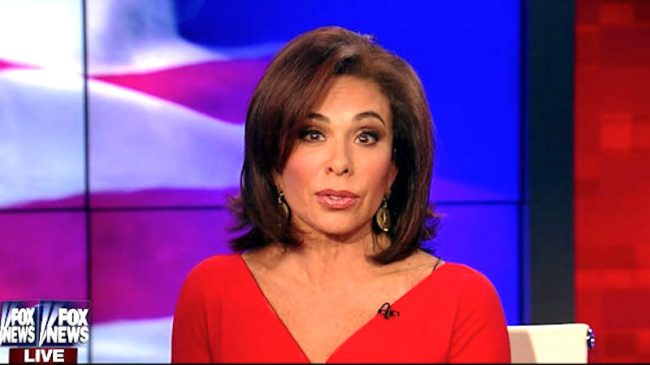 Stop me if you’ve heard this before…

A highly-partisan cable news host from a network known for its lack of objectivity on President Donald Trump is teasing major revelations regarding him. Only this time it isn’t Rachel Maddow on MSNBC, but instead Judge Jeanine Pirro on Fox News Channel.

However, now there is an added dimension. The hype machine for what will surely, once again, be a big nothing-burger was ignited by the president himself in this tweet:

Let’s ponder just the tweet for a moment. In any other administration in United States history, this would be scandalous on its own. The President of the United States does not (until now) do commercials for weekend cable news television shows! Especially those hosted by people who are not credible!

However, since Trump has dramatically desensitized all of us to what should be absolutely outrageous, I’m pretty sure that this previously unthinkable act of brazen commercialism on the part of the president didn’t even raise many eyebrows. It is a psychological phenomenon that allows Trump to persevere while also being one of the most permanently destructive elements of his ascendency.

As for why Trump pimped out Pirro’s show tonight, the assumption is that she will have some “stunning” details related to Trump’s absurd “wiretapping” claims from a couple of weeks ago. Much like with Maddow and her big “Trump Taxes” scoop which turned out to be a big bust, it is very obvious that whatever Pirro may have is most likely totally irrelevant, at best.

I feel confident about this for a variety of reasons. First, Pirro is about the only Fox News host who could give Sean Hannity a run for his money when it comes to their willingness to do or say anything to please King Trump, and thus she has zero believability. Second, if whatever she thinks she has was a legitimate news story, it would not have been given to her, but to Bret Baier or Chris Wallace. Third, we already know that numerous Republicans have shot down Trump’s “wiretapping” claim several times and FBI Director James Comey did the same just this week in the most high-profile manner possible.

It seems possible/likely that what Pirro will “reveal” is related to the highly questionable, contradictory, bizarre, and possibly illegal claims made this week by GOP House Intelligence Chairman Devin Nunes. Trump himself called them, inaccurately, a partial vindication of his original ludicrous “wiretapping” assertion. It would certainly fit that Trump wants the members of his cult to watch the only major outlet likely to give this story legitimacy.

So what will likely happen here is that Pirro will give her (thanks to Trump, larger than normal) segment of the Trump cult something that sounds like “news” and appears to be relevant to the president’s discredited allegations, but which really isn’t at all. And that’s assuming what she offers up isn’t just a pile of horse crap to begin with.

Of course, none of that really matters. Everyone will “win.” Pirro will get a big audience, the Trump cult will get to pretend their false King didn’t lie to them in the midst of a temper tantrum provoked by bad news on the Russia front, and Trump will get to feel good about his Saturday night television viewing while still smarting from his colossal defeat on healthcare. When does all the real “winning” begin?!

The only losers here will be journalism, ethics, and the truth, but none of those things matter anymore anyway.