ESPYs Show, Once Again, That ESPN Is the MSNBC of Sports News
Opinion

ESPYs Show, Once Again, That ESPN Is the MSNBC of Sports News 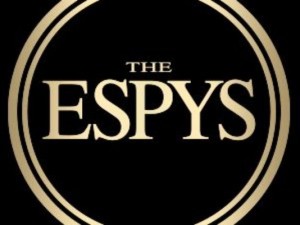 About three or four (career) lives ago, I was a local television sportscaster. Back in the day, even long before they captured a monopoly on sports news, the ultimate goal for a guy like me was to make it to the EPSN network.

As a conservative, at that time it never even occurred to me that politics would play a major role in sports “journalism.” However, after I left that business to become a “political” radio talk show host, something radically changed at ESPN. Today, from a political standpoint, ESPN is at least as far to the left as MSNBC is.

Last night’s “ESPY” awards show was yet another example of what has become an obvious and destructive phenomenon.

The show, which is the sport world’s version of The Oscars (only with perhaps a little more liberal politics thrown in), opened, for no apparent reason, with black NBA stars speaking out about the recent alleged incidents of wrongful police shootings against black men.

While their comments weren’t as overtly offensive as many of the others we have seen from some black television commentators, they certainly were on the liberal/politically correct side of this equation. Of course, in a rational world, the idea of any of these stars ever experiencing anything but a butt-kissing from a police officer is patently absurd.

More importantly, why was this subject even remotely relevant enough to start the show with such a demonstration?

What exactly is the sports hook to the police and race story? No athletes, or even anyone from ESPN, have been involved in the shootings. Why spotlight this issue when there are so many others that could also theoretically be addressed?

The simple answer is that the alleged victims in these cases (except, of course in the Dallas massacre) are black and since the majority of professional athletes, especially in the NBA, are black. There this topic somehow instantly becomes a politically correct and self-serving way for ESPN to show the world just how NOT racist they are.

I seriously doubt that if Dallas had happened without the events which supposedly provoked it, that the ESPYs would have even thought to open their show with black stars addressing it. Why wasn’t Orlando discussed? Far more innocent people died in that attack than all of these other recent events combined. Could it be that there are no gay sports superstars to justify giving that topic such a bright spotlight?

This is hardly the first time the ESPYs have become an overt vehicle of liberal propaganda. Last year, the show laughably gave Caitlyn Jenner a high-profile “courage” award for what was little more than taking some hormones, dressing like a woman, and doing a bunch of self-serving “look at me” interviews.

This year, it was widely reported (though unclear if it actually happened) that the University of Missouri football team was getting a similar award for its threatened “strike” in support of a Black Lives Matter protest on campus over events which have still never been proven to have ever actually happened. That’s right, a team having a horrible season, threatened to quit (but didn’t because the head of the school resigned) over alleged events which don’t remotely make sense, and they then presumably got rewarded by the most prestigious outlet in all of sports.

You just can’t make this stuff up.

It is also very important to point out that the ESPYs are not some sort of aberration when it comes to ESPN’s dramatic liberal bias. Their everyday news and commentary is simply lousy with that overt perspective.

Take a look at how former baseball star Curt Schilling was recently fired and then, outrageously, removed from an ESPN World Series documentary where he was possibly the biggest star. That happened because he posted a controversial, but hardly clearly inappropriate, meme on his Facebook page protesting new transgender bathroom rules. All this while liberal black commentators at EPSN are routinely allowed to say all sorts of things which would get a white conservative in big trouble.

In recent years, two of ESPN’s favorite targets for attack whenever the news gets slow have been Tom Brady and Joe Paterno. In both the “Deflategate” and Sandusky cases, EPSN played key roles in misreporting and creating firestorms based on false narratives which resulted in highly questionable punishments against each (Paterno’s and Penn State’s penalties were later revoked). While I’m not alleging this was done primarily out of political bias (ratings trumps everything, of course, and both stories provided that) it should be noted that both Brady and Paterno are white and well-known to be politically conservative. Had they been black and liberal I truly believe ESPN’s coverage would have been vastly different.

When it comes to focus on crimes, alleged or otherwise, it has always seemed to me that ESPN is sure to take the safe and politically correct position. For instance, this is why Penn State (with a white perpetrator allegedly molesting kids) was given FAR more intense coverage than the rape scandal at Baylor University which has alleged rapists of women, who were black.

Meanwhile, until recently, ESPN was happy to be paying former NFL star Ray Lewis as a prominent commentator even though he was once charged with double murder and plead guilty to lying to police in that investigation. I’m sure it is just a coincidence that Lewis is black.

In my opinion, there are a few things driving all of this. First, ESPN is now part of the Disney Empire and that means that it is inherently very politically correct, safe, and expert at selling fairytales. Second, since the vast majority of star athletes (at least in football and basketball, the two sports they care most about) are black and liberal, they are deathly afraid of offending them. Finally, as I wrote yesterday, the easiest way to lose your media job in sports (I was canned from my last TV sports job in 1995 for making an on-air joke about O.J. Simpson’s lack of innocence and was likely the last person to interview Jimmy “The Greek” Synder who was famously fired from CBS) is to be seen as somehow racist.

Since losing one’s job at ESPN, which is THE place to work in sports, is career death, the best way to avoid that is to make sure you dramatically err on the safe side of “reverse racism.” If that means the coverage is biased and unfair, or even wrong, that is meaningless. All that matters to these people is protecting their precious gig.
—
John Ziegler is a nationally-syndicated radio talk show host and documentary filmmaker. You can follow him on Twitter at @ZigManFreud