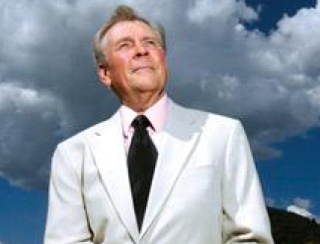 This week, Newsweek dubbed President Obama the “first gay president,” but it is difficult to believe that anyone would take them seriously. Enter Paul Cameron, expert on homosexuality for the Family Research Institute, who won’t say he completely believes President Obama is gay, but told the Voice of Christian Youth radio show Crosstalk last week that his declaration “lends credence” to “various people” who claim the President “has at least participated at times with them in homosexual acts.”

“Homosexuality is the one sin, the one habit, that is 24/7,” Cameron explained on the program. “While I’m not sure about the claims by the various people who have reported that Obama has at least participated at times with them in homosexual acts, this certainly lends some credence.” He did not elaborate on who the “various people” are, but the most “reliable” source a Google search could turn up on this is World Net Daily, so perhaps it’s best he didn’t try to justify this one.

He then went on to explain the “homosexual movement,” with which he appeared to be intimately acquainted (as an expert of course):

Mark my words clearly; the long term goal of the homosexual movement is to get every little boy to grab his ankles and every little girl to give it a try. They will not rest until every one of our children at least gets to try, has the opportunity and maybe is forced to at least once experience homosexual acts. There is no retreating from that, they made it very clear earlier on—now they don’t take about it—but that’s what they want, they will not be happy until they get it, marriage is just a step along the way.

It isn’t hard to see how this happened– how the more fringe anti-Obama elements decided that his declaration was a confirmation that he was secretly gay (hey, Newsweek did the same thing, albeit less maliciously and more metaphorically).

The clip from the Crosstalk program below: