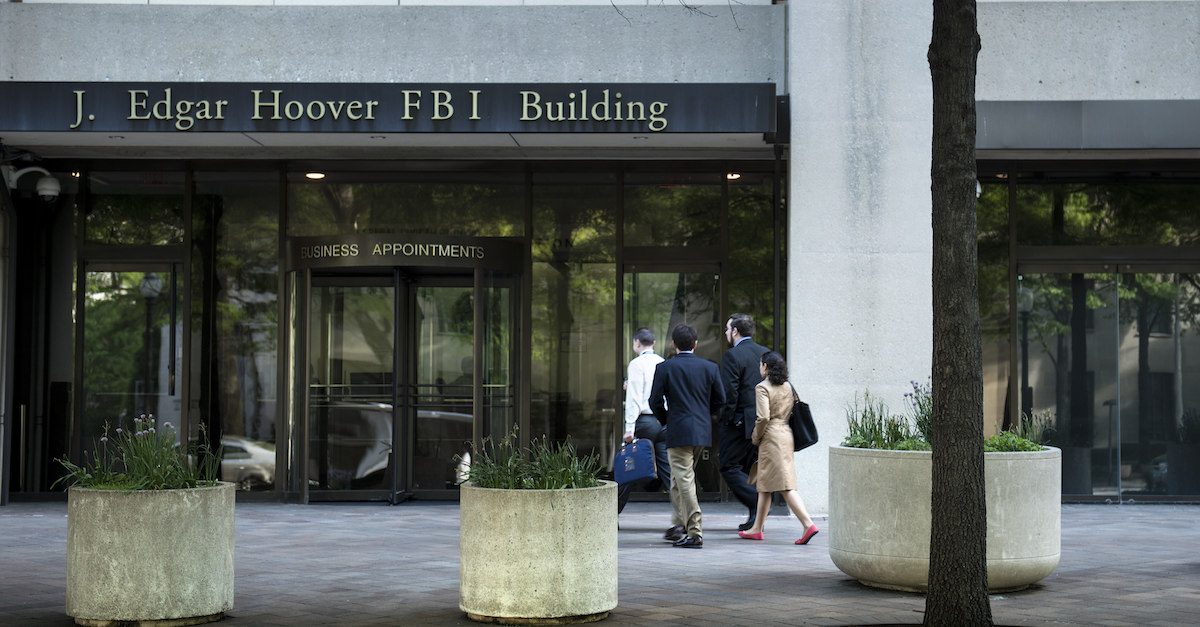 A view of the J. Edgar Hoover Building, the headquarters for the Federal Bureau of Investigation (FBI), on May 3, 2013 in Washington, DC. The FBI announcement that it will move its headquarters has sparked fierce competion in the Washington DC area with bordering states Maryland and Virginia competing to have the FBI find a new home in their jurisdictions. AFP PHOTO/Brendan SMIALOWSKI (Photo credit should read BRENDAN SMIALOWSKI/AFP/Getty Images)

According to The New York Times, the two officials leaving are James Baker––who was the FBI general counsel until last December––and Lisa Page. Both of them worked closely with James Comey when he was director.

Page you may recognize as the FBI official who infamously exchanged text messages with Peter Strzok that came under scrutiny after some anti-Trump ones were uncovered months ago.

The Times says they’re both leaving for unrelated reasons:

Mr. Baker said in a telephone interview that he would be joining the Brookings Institution to write for Lawfare, its blog focused on national security law.