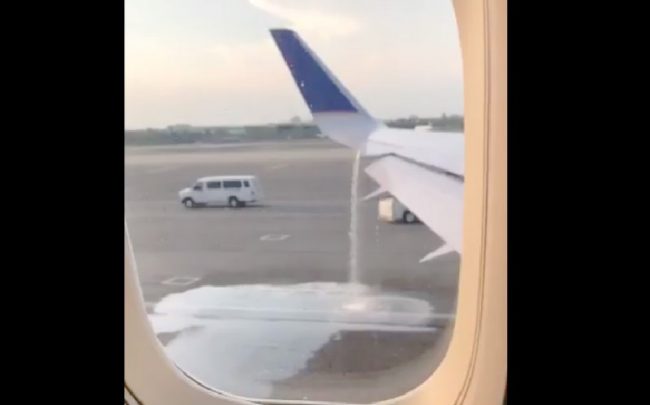 Well, thankfully someone was paying attention.

Earlier this week, a United Airlines flight scheduled to depart from Newark Liberty International Airport was canceled. Why? Because a passenger looked out her window and saw jet fuel gushing out of the wing.

The passenger stated that she alerted the crew to the issue and posted video of the fuel leak to Twitter.

Clearer video of the #united #gasleak. How not one crew member saw this is beyond me. Thank god we were lookin out the window at take off. pic.twitter.com/3BDZJ3S4xd

According to the Telegraph, United stated that they had taken the plane out of service but didn’t explain what caused the leak. As for the passengers, they were given hotel rooms for the night and booked on later flights.

Of course, one question remains — if the passenger hadn’t seen the fuel pouring out, would the flight have taken off?