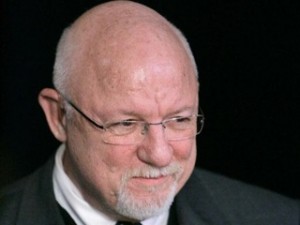 Former campaign chief for Michele Bachmann, Ed Rollins tore into the congresswoman’s remarks about Secretary of State Hillary Clinton‘s aide Huma Abedin. Bachmann singled out Abedin, asserting she has ties to the Muslim Brotherhood. After Sen. John McCain strongly denounced the remarks, Rollins followed suit, imploring her to apologize for her “unsubstantiated charges.”

The controversy arose from a letter last week — signed by Bachmann and four other Republicans — that expressed concern that the Muslim Brotherhood has gained access to top Obama administration officials. In in, Abedin (wife of former Democratic New York Rep. Anthony Wiener), who began working for Clinton in 1996, was called out specifically.

In a post published on FoxNews.com, Rollins called Bachmann’s accusations “extreme and dishonest.” Speaking of dishonesty, he went on to make some harsher statements about the former presidential hopeful: “Having worked for Congressman Bachman’s campaign for president, I am fully aware that she sometimes has difficulty with her facts, but this is downright vicious and reaches the late Senator Joe McCarthy level.”

Rollins said Abedin has been through every top-level security clearance and would not be in her current position were there any unanswered questions or suspicions about her loyalty to the country. Bachmann knows better, he said, adding, “Shame on you, Michele!” As a member of Congress and a devout Christian, Rollins concluded, Bachmann needs to apologize:

You should stand on the floor of the House and apologize to Huma Abedin and to Secretary Clinton and to the millions of hard working,loyal, Muslim Americans for your wild and unsubstantiated charges. As a devoted Christian, you need to ask forgiveness for this grievous lack of judgment and reckless behavior.

To the contrary, Bachmann did something on the opposite in a statement Wednesday, in which he alluded to the national security threats posed by the Obama administration. “I will not be silent as this administration appeases our enemies instead of telling the truth about the threats our country faces,” she said.

Earlier on Wednesday, McCain condemned the accusations on the Senate floor, asserting that Abedin “represents what is best about America.” As a daughter of immigrants, he said, Abedin “has risen to the highest levels of our government on the basis of her substantial personal merit and her abiding commitment to the American ideals that she embodies.”