From the X-mas Battlefield: Texas Legislators Defend a Right That Was Never in Any Actual Danger
video

From the X-mas Battlefield: Texas Legislators Defend a Right That Was Never in Any Actual Danger 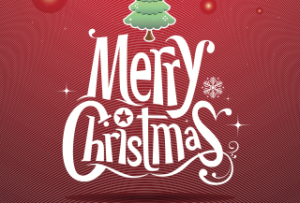 So this is Christmas, and what have you done? Well, if you’re in the Texas legislature, you voted on a law this summer that would say loudly and proudly that everyone has the right to say Merry Christmas in schools and there’s not a damn thing anyone can do about it. Except this isn’t a right that’s actually being threatened in any serious way by anyone at all in Texas.

The bill passed by the Texas legislature and signed into law by Governor Rick Perry this year is back in the headlines amidst a PR push of sorts the Texas government is making to let schools know it’s totally okay to say “Merry Christmas” and you won’t get in trouble for it, even though the mere act of declaring those two words in that particular order in a public school building has never actually been seriously threatened.

And, for some reason, the law also protects people’s rights to say Happy Hanukkah, and the legislator who sponsored the law name-dropped Hanukkah during a press conference last week, as if Hanukkah was also somehow being challenged by the PC police/atheist brigade.

But lest you think this is a vast overreaction to a problem that doesn’t exist, there is actually one school that is––shock of all shocks––in violation of this law. An angry parent alerted Republican legislator Pat Fallon to what was going on at Nichols Elementary School in Frisco, Texas.

The parent forwarded the Republican an email sent out by the organizer of the school’s winter party, and in it, there were three rules listed for the party: no reference to Christmas or any other religious holiday, no red, green or Christmas trees, and nothing that will stain the carpet.

Now, this sounds a bit too restrictive, but this is not official policy, it was just talked about and supposedly agreed upon in e-mails between PTA members and party organizers, and the school district had this to say in response.

“The school was unaware of this and it was not an official PTA correspondence either. There have never been any limitations on what students wear, what they bring to share with their classmates on party days… what greetings people exchange with each other.”

So, in other words, had this happened without the presence of the Happy Xmas (War Is Just Beginning) law, a parent would have complained, and the district would have said the same exact thing.

Are there people in this world whose political correctness gives way to them being a bit of a grinch during the holidays? Sure. But that doesn’t amount to a full-scale War on Christmas™ and you don’t need to pass sweeping laws that are already made redundant by something called the First Amendment just to satisfy your persecution complex.